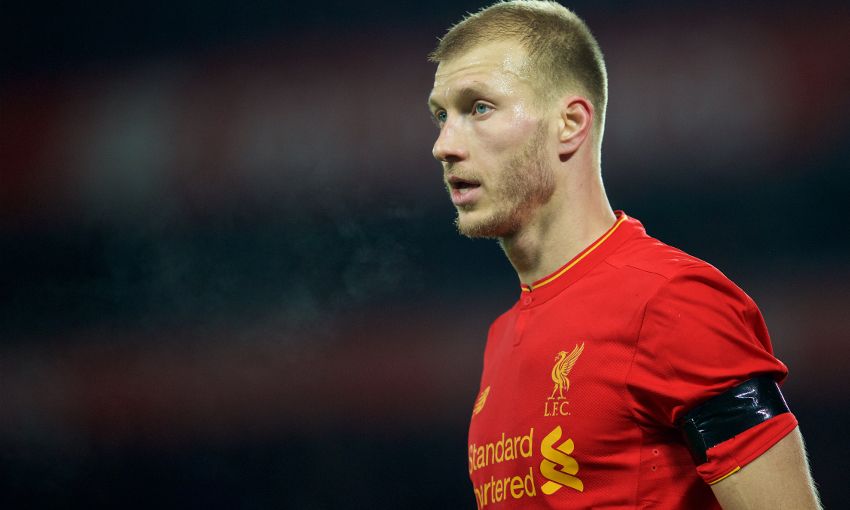 Peter Crouch on Tuesday, Sergio Aguero on Saturday – but the same Ragnar Klavan standing in their way.

Liverpool’s No.17 played his part in stemming a troubling start by Stoke City at Anfield earlier this week, when the home side fell behind to Jonathan Walters’ near-post header.

Once Klavan and co got to grips with the Potters’ tactics and nullified the threat of central target man Crouch, the Reds went on to secure an ultimately comfortable 4-1 win and return to second place in the Premier League.

With the festive schedule now in full swing, there is little time to recover before Manchester City arrive on Merseyside for a much-anticipated battle this weekend.

Pep Guardiola’s side – who trail Liverpool by a point – will be buoyed by Aguero’s availability after suspension, with Klavan set to partner Dejan Lovren at the back and in the task of keeping the Argentinian’s name off the scoresheet.

To do so, the summer signing will prepare for the particular challenge presented by one of the league’s most lethal forwards – but won’t deviate from his trusted methods.

“You don’t change the way you approach the game,” Klavan explained to Liverpoolfc.com.

“But of course you have to know what kind of striker you are up against; it’s a big difference if it’s Peter Crouch or Aguero. You are a little bit tuned in to that, but not too much.”

City’s attacking talents are well known throughout the country, but it is Liverpool who have racked up more goals than any other Premier League side so far this season – 45.

“It’s the same for them as well. We also have a really amazing front line,” Klavan added, regarding the challenge awaiting the respective defences.

“You need to attack well and also be good at the back. It’s a great challenge for us. Every game is a good challenge. We take it step by step, game by game.”

Guardiola was at Anfield to watch the Reds’ win over Stoke on Tuesday, scouting his team’s next opponents as they produced the goods to leapfrog City in the congested top four.

The Spaniard witnessed Jürgen Klopp’s side come under significant pressure in the opening stages of the game – but also saw the potential for Liverpool to mount a fierce response.

Still, Klavan knows they have to perform from the off on New Year’s Eve.

He said: “It’s a pity that in the beginning of the game we were a little bit not there and they scored the goal and had the chance to score a second one.

“But we have a really good team that can adapt in the game and that’s what we did against Stoke. We started playing and got our opportunities, and in the end we won.

“Manchester City have even more quality. If you are not in the game straight away, they can punish you straight away. City are a really good side – but we are as well, and we play at home.”