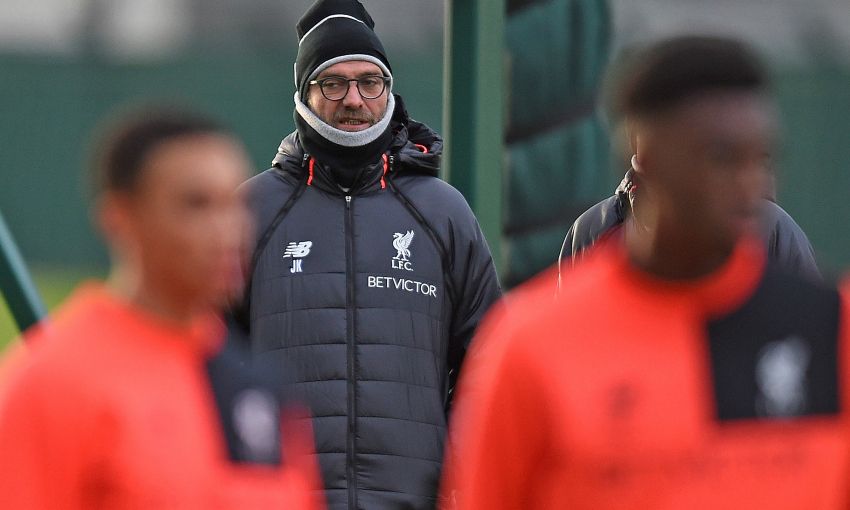 Jürgen Klopp has no intention of spending money for the sake of it next month, with the Liverpool boss insisting he will only delve into the transfer market for 'something that makes sense and is possible'.

With the opening of the window now a little over a week away, Klopp was asked for an update on his January plans during his press conference to preview next Tuesday’s meeting with Stoke City this afternoon.

The fact Sadio Mane will be absent for the majority, if not all, of the Reds’ fixtures next month due to his participation in the Africa Cup of Nations has led to speculation that Klopp will look to add to his squad in the coming weeks.

However, the manager reiterated that he will only do so should the circumstances be right for the club.

“You ask the question again and I have to find a new answer,” Klopp said.

“I think I said it one or two times, that if there is something for us that makes sense and is possible [we will be active] - because there is not only China which could [prevent] a transfer, there’s other clubs.

“If we have an eye on a player then he is a good player and probably plays in a good club and if this club doesn’t need money then we have no chance. It’s what we always do, but what I can say is we don’t want to convince players with money, we want to convince them with the way we go.

“We have already very good players and if somebody wants to be part of this team they’re very welcome, but if not, don’t think about it anymore.

“So nothing new about this. If something happens, of course I’ll call all of you immediately. If not, don’t be surprised.”

With Liverpool sitting second in the Premier League and in the semi-finals of the EFL Cup having lost just twice all season in all competitions, Klopp was asked whether he was concerned that signing a new player may upset the dynamic of his squad.

“I think usually in the window, if you don’t have the biggest injury issues in the world and you need players only for the line-up then you should only do things you would do in the summer too, because otherwise you solve a problem for half a year then have another one in the summer.

“We always have an eye on the market but that doesn’t mean we can do what we want always. First of all, I’m really happy with the squad. Of course, in this moment, Phil [Coutinho] is not involved, from the beginning of January on Sadio will not be involved, but we still have options.

“We can change system, we can do a lot of things. The best thing would be that they are all here and we can play them all the time, but especially with Sadio we knew before [he signed] - that’s part of the deal, we got this outstanding player and knew unfortunately he would not be involved in January pretty much.

“We have two games and then a few more in January until the window is closing. You can be sure we are prepared, but that doesn’t mean that we do something, that’s all.

“We are already looking for summer and all that stuff, that’s how it should be, and maybe we can bring these two windows together and do the right thing in the right moment. If not, we will not do it.”