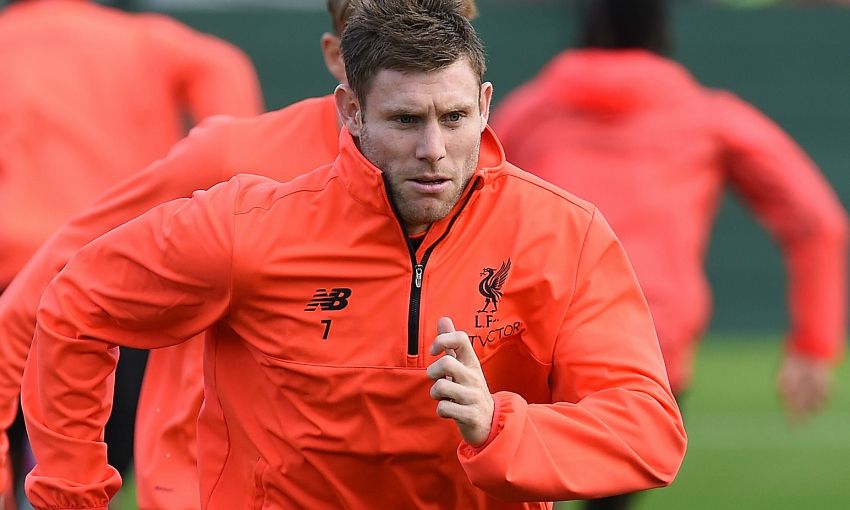 The prospect of playing three games in six days is not of undue concern to James Milner, who believes Liverpool can handle the physical demands of their packed festive schedule.

Back-to-back wins and clean sheets at Middlesbrough and Everton mean Liverpool head into the busiest period of the year in high spirits and in second place in the Premier League.

Milner is well aware of the toll this crucial stage of the season can take - but the former England international thinks the Reds are fit enough to cope.

“It can work both ways - if you’ve lost, you’ve got a chance to put it right quickly, and if you’re coming off a win then you want to keep that momentum going so hopefully we can keep doing that. Christmas is such a critical time,” the vice-captain told Liverpoolfc.com at Melwood last week.

“You look at the league table now and you look at it the first week in January [then] it’ll look completely different with a few different results, so we have to make sure we’re on our game and keep this momentum going.

“It’s such a critical time of the year every year, it’s so important. Hopefully we get a few of the boys back as well who are injured, getting closer, and keep everyone fit.

“The schedule we’ve got is pretty ridiculous - two games in less than two days, which is not easy.

“You expect games thick and fast this time of year, but we have to touch wood there and hope we get a bit of luck with injuries on that because obviously it’s going to be a big hit, but we have to make sure we’re ready.

“I think we’re arguably up there with the fittest squads in the league so if anyone can deal with that load, we can.”

Having made his top-flight debut in 2002, Milner has vast experience of playing over Christmas, and he offered an interesting insight into how players’ lives are different during the festive period.

“I think you’ve just got to rest as much as you can and you know, life changes as well. The manager said it today and it’s right - everything around you [changes],” he explained.

“The foreign boys have got families coming in, obviously everybody’s excited for Christmas about you and people are finishing for work and things like that, so you have to make sure you’re concentrated.

“Obviously enjoy it with the kids and the family as well, but you always have to have one eye on the game and make sure you’re eating the right things and getting the sleep you need and things like that.

“So it’s a nice time of year and it’s fantastic for everyone to have their families about and things like that, but you always have to be mindful on the bigger picture and it makes such a difference and they’re the margins that help you be successful.”

Milner went on to outline the Reds’ determination to get their hectic week off to a strong start against Stoke.

“Obviously two good away results is important and we want to keep this going,” the No.7 added.

“The atmosphere’s always special at Anfield and hopefully everyone will have enjoyed their Christmas, especially after the derby result, and they’ll be in good spirits so hopefully that’ll drive us on to a good performance there and help set us up for the next few weeks.”