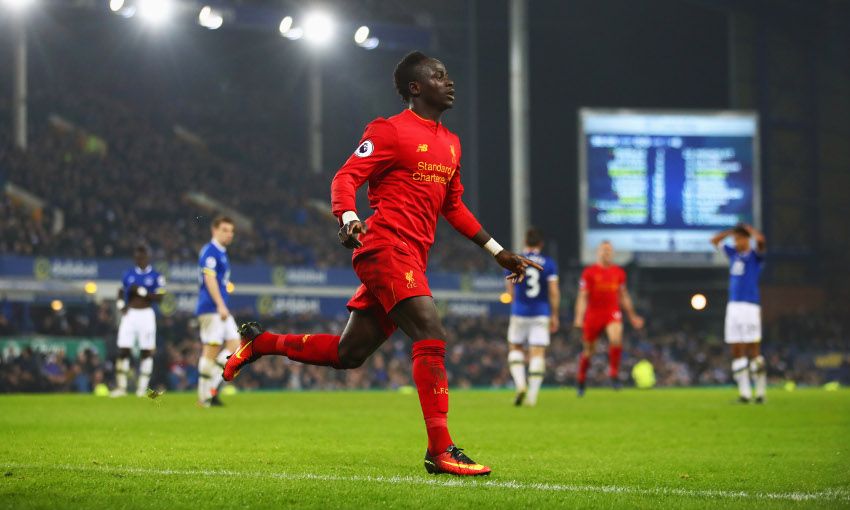 A modest Sadio Mane described his late Merseyside derby winner as 'a little bit lucky' but felt Liverpool got what they deserved for a determined performance at Goodison Park.

The Senegal wideman struck in the fourth minute of added time to claim a 1-0 success for the Reds against Everton on Monday evening, following in to convert after a Daniel Sturridge effort had struck the post.

And, while there was a degree of fortune in the way the ball fell to Mane in the game's decisive moment, Jürgen Klopp's team were undoubtedly worthy winners of a hard-fought encounter.

Speaking to Liverpoolfc.com after full-time, Mane expressed a similar sentiment.

"I was a little bit lucky but I wish to always be lucky and score goals for the team!" he said.

"I'm thankful and very happy to score the winning goal for the team.

"It wasn't an easy game but I think we deserved to win because we created a lot of chances and we got the goal.

"We were [facing] a very good team and we had to keep going to the end. But that's what we did and got the win."

The platform for what became a dramatic win was laid by a committed defensive performance from the visitors.

"They did a great job today because Lukaku is one of the best in this league," he added.

"The performance of the team was good today. It was important to get a clean sheet.

"It's [always] important to score and not concede and that's what we did in the last two games.

"We've got to keep going that way - why not until the end of the season?"

The fleet-footed winger also expressed readiness for the run of three games in seven days that commences against Stoke City on December 27.

"It's going to be a hard period because the games are so close but I think everybody is used to it," he continued.

"It won't be easy but we are going to do it because we are all professionals, it won't be a problem for us."