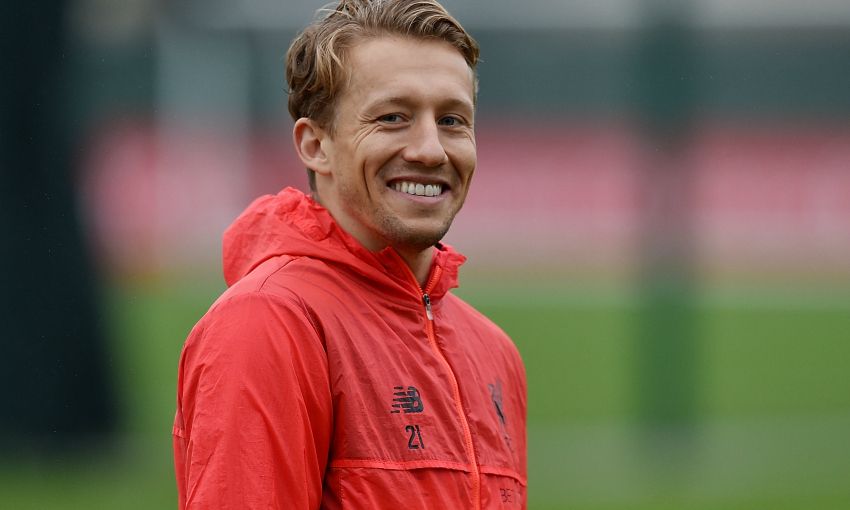 Almost a decade on from his arrival at Anfield, Lucas Leiva is in no doubt as to where the Merseyside derby ranks in terms of importance in Liverpool’s fixture list.

“I think it’s probably the most important game of the year,” the Brazilian says, on the latest episode of #LFCWorld.

“Of course, you can progress to finals in the cup competitions, but when the fixtures are announced in the summer you always look for derby day and we know how much it means to the fans.”

Lucas has played against Everton on 15 occasions since joining the Reds, and he says the burning desire to beat the Blues that his former teammates Steven Gerrard and Jamie Carragher used to show has rubbed off on him.

“With every derby I feel more emotion, more passion. I remember when I first came, how Stevie and Carra used to be on the day of the derby; they were just different on that day. They were electric, I remember Carra couldn’t stay quiet!” the No.21 adds.

The first of Lucas’ 15 derby appearances was a memorable one.

With the scores level at 1-1 with around 20 minutes remaining at Goodison Park in October 2007, eyebrows were raised when Rafa Benitez opted to bring Lucas off the bench to replace Gerrard.

Lucas went on to make a telling contribution to the Reds winning, though, as his injury-time goalbound shot was handballed on the line by Phil Neville – allowing Dirk Kuyt to step up and convert his second penalty of the game.

“To be honest, in that moment, I didn’t think that much about who I was replacing, I was just so excited to be playing in the Premier League for the first time, in a derby match, that I didn’t realise just how much pressure there was on me,” the 29-year-old recalls.

“It probably helped me to be honest; looking back maybe it was a risky decision by Rafa because Stevie was always a big player in those games but I just tried to help the team.

“I think that save [by Neville] told me just how difficult my Liverpool journey would be! But I can’t complain.”

On the derby at Goodison on Monday, Lucas says: “There are no favourites in the derby, it’s a different game from any other, and comes down to who wants it more. Normally it’s decided by the small details.”

LFCTV GO subscribers can watch the full interview with Lucas in the latest episode of #LFCWORLD, which also includes a tribute to November Player of the Month Joel Matip and Roy Evans’ All Time XI below.