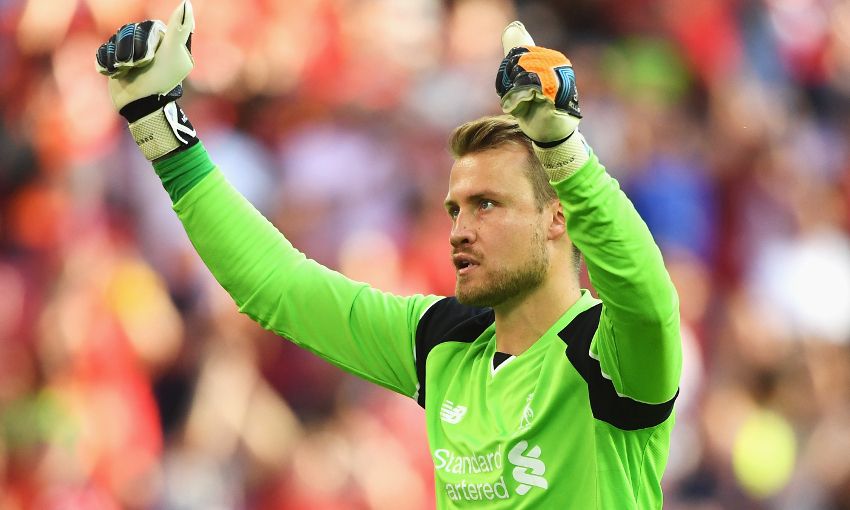 Simon Mignolet will continue in goal for Monday's Merseyside derby at Goodison Park.

The stopper returned to the starting line-up for the Premier League win over Middlesbrough on Wednesday night, recording a clean sheet at the Riverside Stadium.

And Jürgen Klopp confirmed at his pre-Everton press conference that Mignolet is set to retain the spot for the latest meeting with the Reds’ neighbours.

“I don’t want to change each week – that was not the plan,” the manager said.

“Simon had a really good game [against Middlesbrough] so he will be in goal, for sure.

“I tried to explain it after the game: it was about not pushing Loris [Karius] through the situation. Now he can use the time in training and have no pressure, only the pressure he makes himself with getting better.

“I know about how fantastic he is as a goalkeeper but of course it’s not enough if only I know it. That’s all. Simon did really well, so [there is] nothing to think about, only if something happens and then we have Loris again.”

Klopp was then asked if it was a difficult call to make a switch in the position.

“It’s never about the decision – it’s always about the explanation,” he responded.

“And I explained it. In this moment I thought it made absolute sense and it is actually a good decision for both, how I see it. That’s not always the common view, but all good.

“I never make final judgements about my players, as long as the attitude is good. How I always say, I’m really responsible for the boys that they can deliver their best.

“Sometimes the job is to put somebody out of the firing line, out of the public view. But only step aside and use the time to get into your best shape. That’s all, nothing else.

“I know how it is in all public discussions and things like this, but I’m absolutely not interested. It’s not what you want to do. But it’s the same as always, I decided for a player not against another one.

“We only made the change because Simon is in brilliant shape. Then we have to use it.”