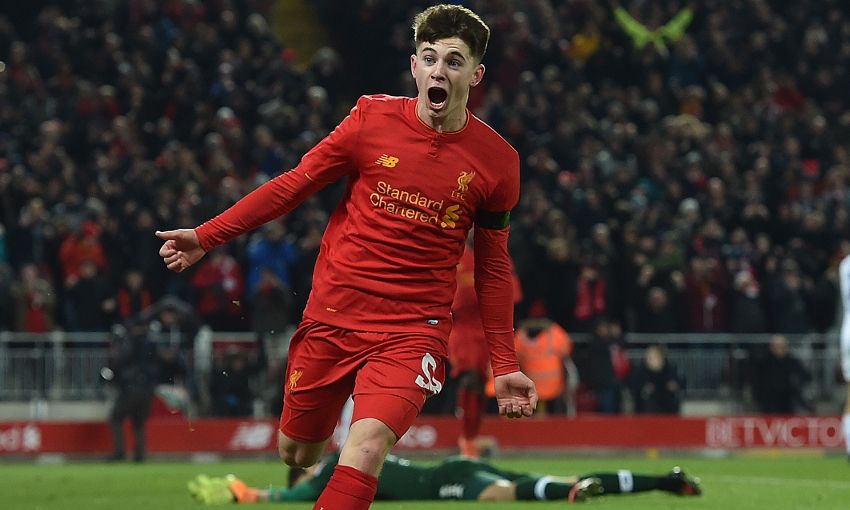 Ben Woodburn became the youngest ever scorer in Liverpool's history when he struck against Leeds United on Tuesday night - but how does the forward compare to the club's other fledgling goal-getters?

Shortly after coming on as a second-half substitute - for what was only his second ever competitive senior appearance for the Reds - the 17-year-old dispatched Gini Wijnaldum's lay-off into the roof of the net from six yards out and helped Jürgen Klopp's side into the semi-finals of the EFL Cup.

Following that effort, here's how the list of the top six youngest scorers in LFC's history now stands...

LFCTV GO subscribers can watch a countdown of five of Woodburn's best goals for Liverpool by clicking play on the video below.