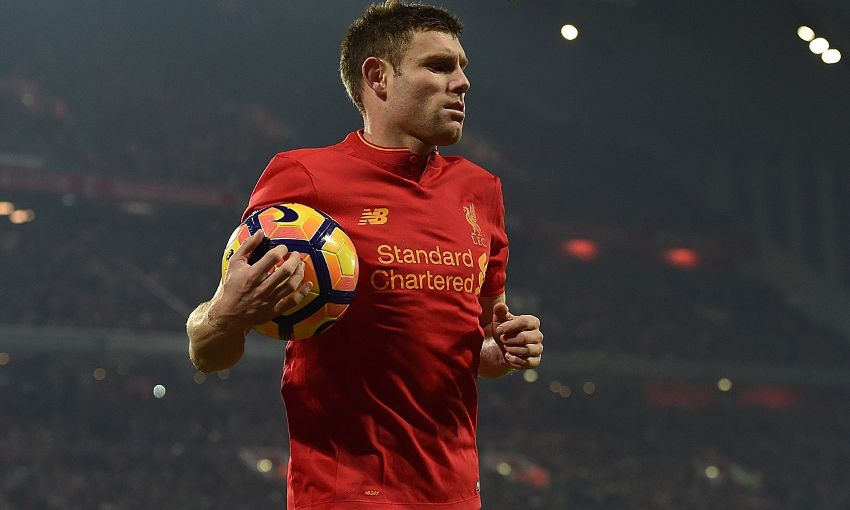 James Milner feels Liverpool displayed a different side to their game by remaining patient to defeat Sunderland 2-0 on Saturday.

The Reds dominated the Black Cats from first whistle to last at Anfield, but had to wait until 15 minutes from time to make the breakthrough courtesy of Divock Origi's first Premier League goal of the season.

Milner then made sure of the points from the penalty spot in injury time after Sadio Mane had been fouled in the area by Didier Ndong.

The game was in stark contrast to Liverpool's previous home league fixture, when Watford were dispatched 6-1, but Milner believes Jürgen Klopp's team proved they can pick up positive results even when they are unable to score freely.

“[It's] massive. It's a different performance to what we've had when we've scored early and scored a few goals,” the vice-captain told Liverpoolfc.com.

“Everyone was getting frustrated, the crowd as well, and you don't blame them when teams come and sit back.

“You just have to believe and stay patient and keep doing the right things and don't start moving away from the gameplan because things aren't going our way.

“We kept plugging away [and] we were solid at the back, because they're a handful the two up front.

“They're a well organised team so it was always going to be a tough game, but we're delighted to get the three points.”

Milner added that the faith Liverpool have in their style and approach meant they were able to keep their cool as the clock ticked down with the scores still level.

“It is [tough to stay patient] but that's where the experience comes in and the belief that what we're doing is the right thing,” he said.

“If you start moving away from the gameplan then people are on different wavelengths, and they [the opponents] start getting into the game and maybe get a foothold in it.

“But that didn't happen and we kept going, kept patient.”