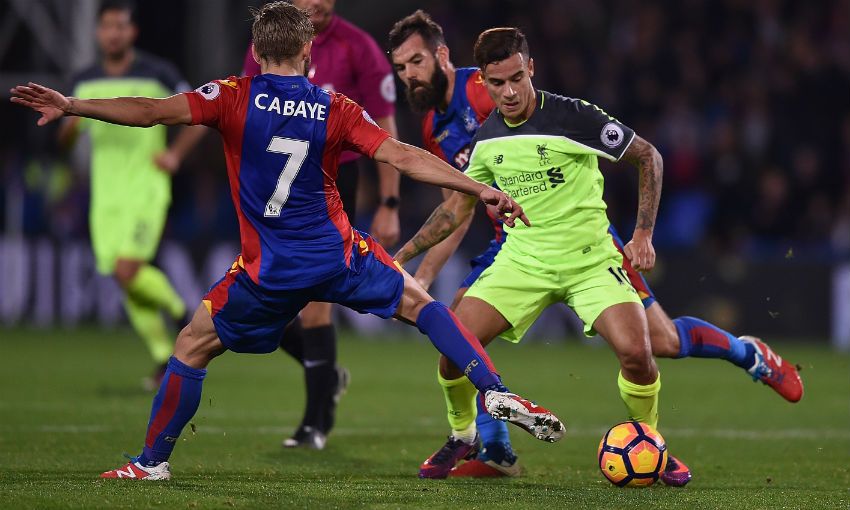 Dejan Lovren feels ‘honoured’ to count Philippe Coutinho as his teammate, with the Liverpool centre-back believing the Brazilian to be the Premier League’s best player at present.

Coutinho continued his excellent start to the season with another outstanding display in the Reds’ 4-2 victory at Crystal Palace on Saturday, with his movement and intelligence both with and without the ball proving a constant menace to Alan Pardew’s side.

Two inch-perfect deliveries from corners saw the No.10 set up first-half goals for Lovren and Joel Matip at Selhurst Park, taking his tally of assists for the season to four in 10 Premier League games.

Add in five goals in 11 club appearances, as well as a prominent role in helping his country to the top of the South American World Cup qualifying section, and it’s been a highly productive first few months of the campaign for Coutinho.

And it’s safe to say Lovren has been impressed by the 24-year-old.

“In my opinion he's the best player in the league at the moment,” said the Croatia international.

“I have the pleasure and the honour to play with this guy. He is playing for Brazil as well.

“He wasn't just outstanding against Palace, he’s been like that all year. His crosses were perfect. We scored from his set-pieces.

“He is a main part of the team, but it’s not an individual thing that wins us points, it’s the team work.

“It was the team that beat Palace, not just one player. But of course when a team works really good then individual qualities comes out. I think that man against Palace was Philippe Coutinho.”