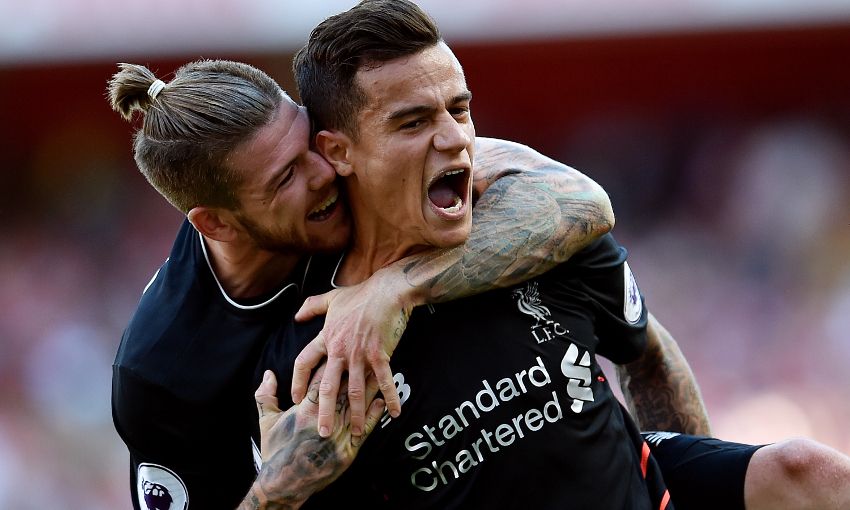 Get the lowdown on what to expect from West Bromwich Albion when they face Liverpool on Saturday with our view from the opposition.

Baggies fan Danny Garbett fielded our questions this week, explaining why Nacer Chadli is perhaps the man the Reds will have to watch out for and revealing that Adam Lallana is the Anfield star he fears.

The Albion supporter also lifted the lid on his team’s unsung heroes, outlined how they are likely to set up for the Premier League clash and paid Philippe Coutinho a big compliment.

Read on for more…

10 points from eight games looks a solid start to the season – how pleased are you so far?

It’s quite a pleasing return so far, but nothing spectacular. I would have taken it at the start of the season but we haven’t played particularly tough opposition until last week against Spurs. Maybe we should have more points considering the sides we have faced. Now we have Liverpool and Man City to come, two real tests.

Goals. Goals. Goals. Except for the 4-2 against West Ham, we aren’t scoring more than one goal a game, which is worrying, especially when we are getting ahead in a game but getting pegged back. We only have one striker really, Rondon, and if he’s injured then we have a huge problem. Berahino doesn’t look likely to score any time soon, he’s not in any shape to play. We desperately need to add attacking options in January and a couple of offensive midfielders.

Nacer Chadli has caught the eye in recent weeks – is he the man Liverpool will have to be wary of?

With four goals and two assists from midfield, Liverpool will need to be very wary of Chadli. I can see him being a threat on the counter. But we will pose a threat on set-pieces. West Brom have bullied Liverpool from dead-ball situations in recent years and with big lads like Rondon, McAuley and Jonas Olsson possibly coming in, corners and free-kicks could worry Liverpool.

Who are your unsung heroes?

Our 36-year-old rock at the back. A free signing from Ipswich Town, Gareth McAuley has been a great signing for us. He’s featured for every second of this season so far and he’s been as good as ever. Claudio Yacob is rather unsung, too. He’s probably a player the opposition hate, but if he was yours, you’d love him. His tackling and protection sitting in front of the back four cannot be appreciated enough. He has broken up countless attacks and sent us straight up the other end.

How are West Brom likely to line up? Will it be similar to the approach against Spurs last time out?

It will be a very similar approach, the only difference being the influential Evans is out with a suspension after picking up five yellow cards. He’ll probably be replaced by Olsson. I expect to see: Foster; Dawson, McAuley, Olsson, Nyom; Phillips, Fletcher (c), Yacob, McClean; Chadli; Rondon – in a 4-2-3-1, resembling a 9-1-0 formation.

Who are you most concerned by in the Liverpool team?

Adam Lallana, if he’s starting and fully fit. He is looking sharp, just the No.20 any team needs right now. He scored his first league goal for Liverpool against us and his close control and technical ability has been difficult to deal with this season. And then there’s Coutinho. You never know when he’s going to score from 30 yards, it’s just up to him.

What songs can we expect to hear from the away end?

A good old 'Boing Boing' and ‘Psalm 23: The Lord is My Shepherd’, the songs we sing after scoring. The latter apparently became a West Brom anthem after they were given a Sunday fixture, so fans naturally began singing church songs and that one stuck.

1-1. Our last seven away league games have seen two goals or fewer and our last three matches have ended 1-1, so that is a safe bet for me.