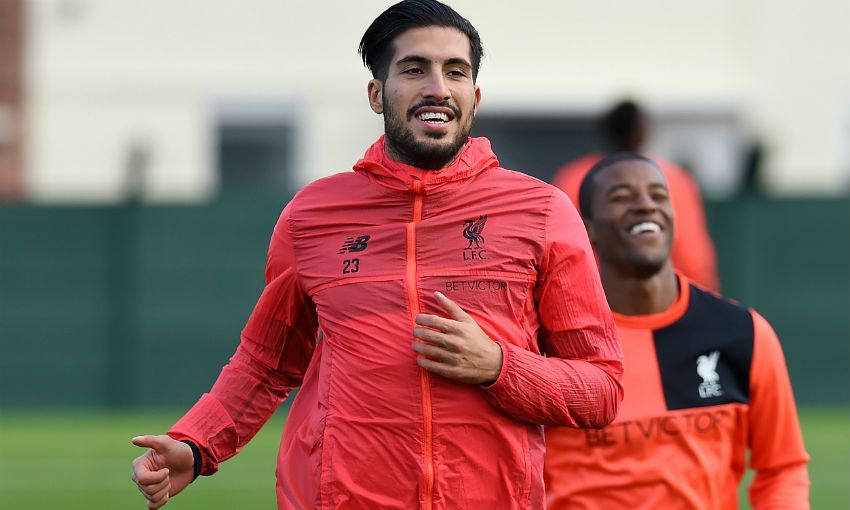 Emre Can has echoed Jürgen Klopp’s view that Liverpool need to be ‘angry’ in this evening's clash with West Bromwich Albion.

The boss used his pre-match press conference on Thursday to call on his players and the Anfield crowd to approach the game against Tony Pulis’ side with a mixture of anger and patience.

The Reds’ 0-0 draw with Manchester United on Monday means they sit just two points off the top of the Premier League, having gone six top-flight matches without defeat.

Can is satisfied with the way Liverpool have started the season, but insists there is still work to be done to ensure 2016-17 is a success - starting against West Brom.

“It’s very important [to maintain the level of performance], last year we lost against teams who were a little bit down the table,” the midfielder said.

“We have to be angry before every game and we have to go into the game with confidence because we know our strengths. We have to keep playing like that and hopefully we’ll win the game.”

Liverpool drew home and away against the Baggies last season, and Can is well aware of the challenges Pulis’ team will pose.

“I remember we conceded a goal off a set-piece last season. They’re very strong on set-pieces. They have a lot of tall players, they’re a very physical team, but we have to look to ourselves and play our football,” the Germany international added.

“You never know what will happen in the Premier League - you could see that last year with Leicester City winning the league. That’s what I love about the Premier League. It’ll be a very tough game, but hopefully we can bring our performance and get some points.”

Can made his first Premier League start of the season against United after having his start to the campaign disrupted by a delayed return to club duty after his participation at Euro 2016 and an ankle injury.

And the 22-year-old is hoping to get back to full match sharpness sooner rather than later.

“I know it wasn’t my best game [against United], but it was OK, I felt OK, and I have to get my fitness back,” he continued.

“I’m happy to have played my first 90 minutes and hopefully it [his fitness] will come much more.”