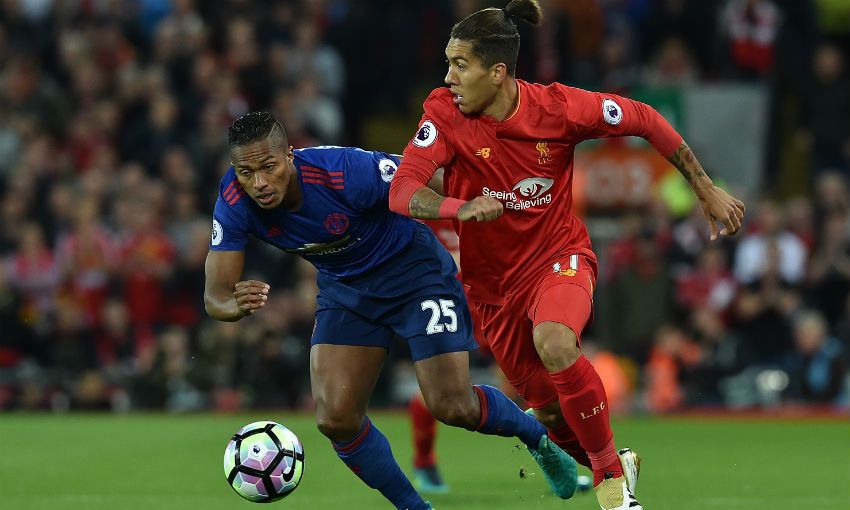 Liverpool were held to a goalless draw by Manchester United in a hard-fought Premier League encounter at Anfield on Monday evening.

The Reds were forced to settle for a point as visiting goalkeeper David de Gea produced two fine second-half saves to deny Emre Can and Philippe Coutinho.

The result ensures Jürgen Klopp’s side extend their unbeaten run to eight matches, but they remain fourth in the table, two points behind leaders Manchester City.

Liverpool’s pre-match teamsheet cleared up the speculation surrounding their potential line-up, with confirmation of two changes.

In came Can and Daniel Sturridge from the side deployed against Swansea City last time out, with Adam Lallana and Georginio Wijnaldum missing out after injury, though the former was deemed fit enough for a place among the substitutes.

With the new-look Anfield’s first game under the floodlights coming against Liverpool’s old rivals, all the ingredients were in place for an atmosphere to savour – and it certainly didn’t disappoint in the opening exchanges.

On the pitch, the early stages were contested at a frenetic speed and it was United who crafted the early openings with a Zlatan Ibrahimovic free-kick and a Paul Pogba blast – both from distance – sailing over Loris Karius’ goal.

Indeed, Liverpool were unable to register a first attempt until the 23rd minute as Can struck wayward from range having collected possession near mid-way.

On the half-hour, the Reds fashioned a far better opportunity – the best of either side so far – as Jordan Henderson’s deep cross picked out Roberto Firmino, but he could only plant his header into the gloves of De Gea.

Still, it was an indication the hosts were finally beginning to impose themselves on proceedings and by the time the whistle for the interval was sounded, Klopp’s side were on top in terms of possession, albeit without reflecting that in terms of chances on goal.

Klopp will have urged more from his charges during the half-time break, but there was a heart-in-mouth moment to endure 10 minutes after the re-start when Ibrahimovic drifted to the back post and nodded Pogba’s centre dangerously across goal. Fortunately, it was neither on target nor in the vicinity of a teammate to sweep in.

At the other end, Liverpool went even closer to finally breaking the deadlock when Joel Matip’s stride forward and pass into the area found Can, who side-stepped a couple of challenges before directing the ball towards the bottom corner. De Gea was able to get a glove to the ball, however, and deflect it wide.

Then, on the hour, the Reds made their first change of the night with Lallana coming on for Sturridge, pushing Coutinho into a more advanced position.

By this point, Liverpool were beginning to build momentum once again – and on 71 minutes, Coutinho was left clutching his head in his hands as De Gea clawed his 25-yard curler away from the top corner with another fine save.

With time ticking away, only a last-ditch challenge from Antonio Valencia prevented Firmino from getting a clean strike on goal after Coutinho’s flick had appeared to send him clean through.

The Brazilian joined James Milner in making way for Divock Origi and Alberto Moreno shortly after, but there were to be no further chances as the encounter concluded in stalemate.