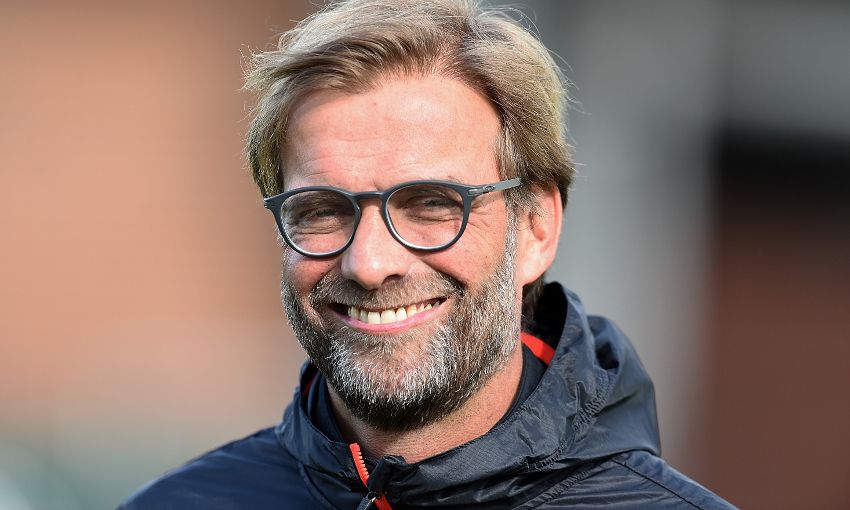 Ahead of the one-year anniversary of Jürgen Klopp's appointment as Liverpool manager, take a look at 19 interesting stats from his opening 12 months at Anfield.

The German was confirmed as the club’s new boss on October 8, 2015, having established himself as one of Europe’s leading tacticians during successful spells with Mainz and Borussia Dortmund.

Trusted assistants Zeljko Buvac and Peter Krawietz came too, bringing their expertise and experience to a team determined to improve performances on the pitch.

An eventful year has followed.

Klopp guided the Reds to the finals of both the League Cup and the Europa League, though each ended in disappointment, before a maiden pre-season laid the foundations for a fast start to the new campaign.

And, with the help of resident club statistician Ged Rea, we have compiled a range of eye-catching facts and figures from the manager’s first year at the helm…

113 – the number of goals scored in league and cup. Emre Can claimed the first in the home clash with Rubin Kazan.

76 – the quickest goal in seconds scored by a Liverpool player from the start of a game – Daniel Sturridge against Newcastle United in April.

61 – the number of games played in all competitions in the Klopp era so far.

51 – Simon Mignolet and Nathaniel Clyne have made the most appearances during his tenure.

49.18 – the percentage of wins overseen by Klopp in his opening 12 months at the helm.

49 – the average number of minutes between Liverpool goals.

30 – the Reds have recorded 30 wins, with the first coming against Bournemouth in the League Cup.

23 – the number of different Liverpool players to have scored under Klopp.

20 – clean sheets have been kept by Liverpool in all competitions since Klopp took charge.

19 – goals scored by Liverpool substitutes, with the most coming from Christian Benteke (six).

16 – players have been given their Reds debut, with Connor Randall being the first against Bournemouth in the League Cup.

15 – the number of goals netted by the Reds’ leading scorers in league and cup in the period – Philippe Coutinho and Roberto Firmino.

11 – the Reds have scored four goals or more 11 times under Klopp (five at Anfield, six on the road).

9 – penalties awarded to Liverpool, all of them scored.

8 – the Reds have come from behind to win on eight occasions – six of those away from home.

6 – goals scored in the Reds’ biggest win under the German, in the 6-0 victory at Aston Villa.