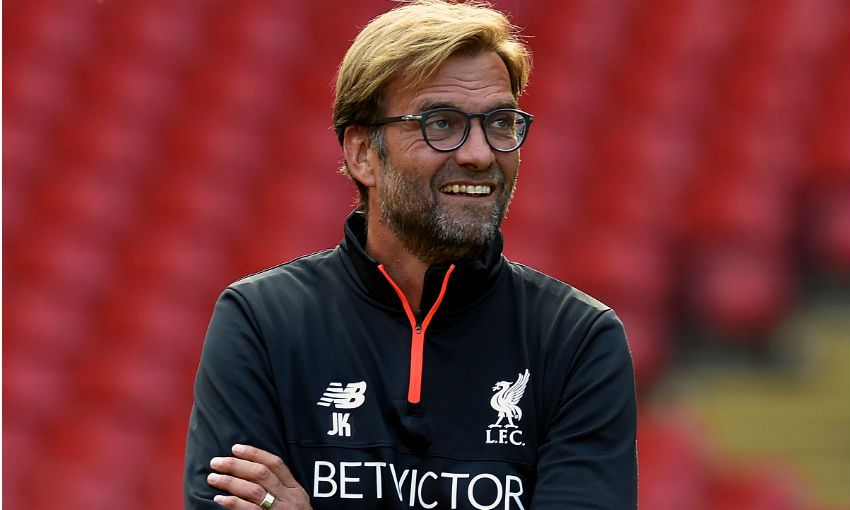 Jürgen Klopp has yet to make a decision on whether Simon Mignolet or Loris Karius will be handed a starting berth against Hull City on Saturday – but insists whichever goalkeeper he does opt for does not mean they will necessarily remain first choice for the rest of the campaign.

Karius was given his competitive debut for the Reds in Tuesday’s 3-0 victory over Derby County following his summer transfer from FSV Mainz.

The German missed the first few weeks of 2016-17 after sustaining a broken hand during pre-season, meaning Mignolet started all six of the club’s opening fixtures to the campaign.

But with Karius fit once again, Klopp has a decision to make on who begins between the sticks at Anfield on Saturday – and the manager believes the selection dilemma is a positive one for Liverpool.

He told his pre-match press conference: “This is not a place to announce line-ups, but of course, we have to think about it in a very positive way.

“I was never a goalkeeper, but my father was a goalkeeper so I have a little bit of experience with them. It’s obviously a little bit different to if you change a midfield player or something, it’s hard to start one game for them then not the next, so I know about this.

“Whatever decision I make for the next game is not a final one, it doesn’t mean we will go like this through the next five years or something.

“I can imagine that the view of this is different though [than to choices for other positions], but that’s all. It’s a decision on a very high level, because I’m really happy with both of them.

“I’ve got nothing to say about this here, but like always, when I decide for the next game, it’s a decision for the player and not against another player. That’s always the same, so you have to wait and see.”

Karius was one of seven changes Klopp made to his line-up for the EFL Cup tie against Derby on the back of last Friday’s 2-1 win at Chelsea.

Having shaped his squad over the summer transfer window, the 49-year-old admits he is delighted with the options he has at his disposal within his ranks and has full confidence in whatever team he puts out.

Klopp continued: “I was not in doubt I could bring different line-ups. I said before the Derby game that we would for sure have a strong line-up because we only have strong line-ups.

“I am also really pleased with the development of our U23s, with two impressive results in a row now against Leicester, which I saw, and against Tottenham, which I heard about.

“We had moments which were not that easy in the past but now in this moment it is good and we have to keep it, take it and use it. That’s what the job is.

“I didn’t need the time to see I can change line-ups and [think] then we could still perform - I was sure about this.”

Liverpool will go into Saturday’s contest on the back of an encouraging start to the season – an opening that has seen them win their last three outings in all competitions against Leicester, Chelsea and Derby.

One reporter at this morning's media briefing asked Klopp whether he harboured feelings that ‘something special’ could happen at Anfield this term.

The boss responded: “I felt this when we started in the pre-season, but what is ‘special’? That’s the question.

“We feel good, we feel strong, we love to work together – all that is right, but the problem is there are a lot of very, very good sides out there and unfortunately they all play in the Premier League. That’s the only problem we have, so we need to be ready for each game, we need to be maximum, concentrated, greedy, kind of angry – all that stuff that you need at the highest level in sport.

“The basis is absolutely OK and, as I said before the start of the season, there is no time for finding or looking for excuses. We want to perform, that’s what we want. We have the biggest expectations on ourselves and we have to show that.

“Nothing has happened until now, really nothing. It’s all about talking about a few games, five plus two cup games. We need to find stability, we need to create solutions for each situation in a game and that’s what we are still working on. It’s not that we think now we have got the clue, so let’s use it in each game.

“Football is too difficult for this – it’s quite a simple game but it is difficult to win because the other team can cause you real problems. We are experienced in this, handling situations like this and it’s not about celebrating ourselves.

“It’s better to have an optimistic new mood around rather than everything is in doubt. It is up to us to use this.”