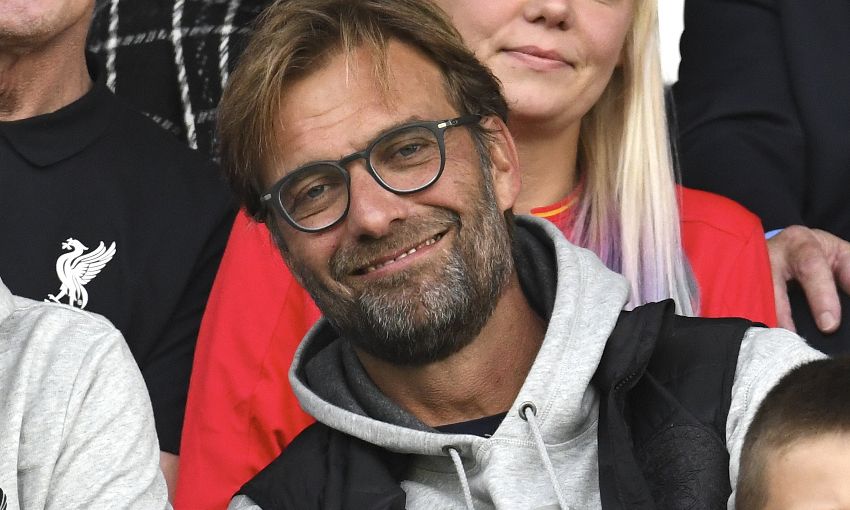 Liverpool's developing U23 players not only have the trust of Jürgen Klopp already, but will be afforded the time to let their talent flourish.

The manager was a keen and satisfied observer as the young Reds put on a thrilling show in beating Leicester City 4-0 at Prenton Park earlier this month.

Michael Beale’s side followed up that result with perhaps an even better success as they thrashed Tottenham Hotspur 6-2 away from home last night.

Klopp is delighted with the progress of the club’s youngsters and wants them to take confidence from the fact that there is no rush on their pathway to the first team.

He said: “I saw the U23s against Leicester last week and it was really close to what I was thinking about when we talked about the first time, the second-team squad or something.

“OK, Ingsy was involved and it’s always good to give players like him practice time, and Tiago Ilori, who is an outstanding player for this competition and who is really doing well. They’re all full of praise for his attitude and that’s really good.

“But then you see who played together – in midfield, Kevin Stewart, Pedro Chirivella and Ovie [Ejaria]… wonderful midfield.

Klopp continued: “They’re all in a good way, and it’s our job to give them a perspective for a decent career and that’s what we try to do.

“I was really happy with this game, really happy I had the opportunity to watch it and it won’t be the last one that I watch.

“What does it mean to break through this season? There will be the moment when they can. I can say that if we need them, I have absolutely no problem in immediately trusting them.

“But do we really need them now? Or can we give them time to develop? There’s no rush, that’s the most important information for these young guys. They can stay patient because I know they are really ambitious. So, all good.”