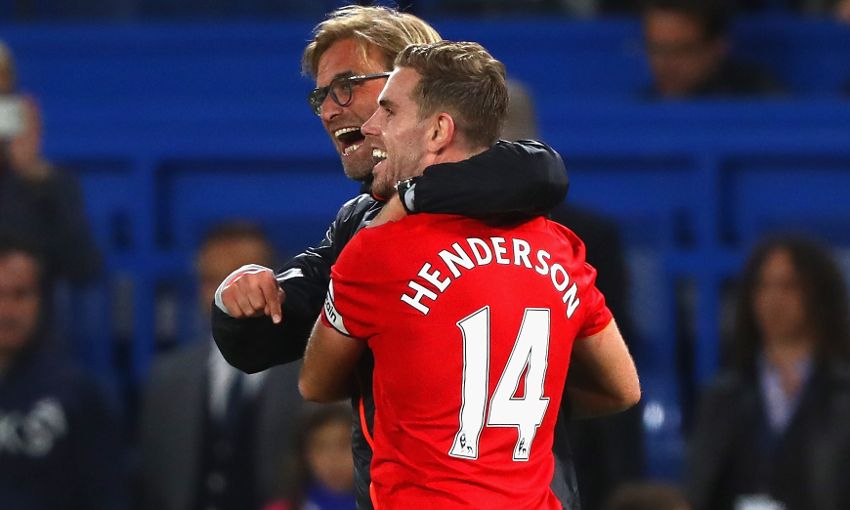 Jürgen Klopp is rarely left speechless but the Liverpool manager was almost lost for words to describe Jordan Henderson's sensational goal against Chelsea at Stamford Bridge.

The captain’s strike was one of exquisite technique, as he controlled a loose ball and sent a shot swerving and dipping on its path to the top corner from more than 25 yards out.

It proved to be the winner for the Reds as they secured a 2-1 result in the Premier League clash – their second successive victory at the home of the Blues under Klopp.

The boss could be seen shouting ‘Boom!’ repeatedly on the touchline as he celebrated Henderson’s brilliance, which followed Dejan Lovren’s opener.

And after the game, Klopp admitted the goal was possibly a ‘once in a lifetime’ hit and the kind he never managed to produce during his lengthy playing career.

“For sure!” he told Liverpoolfc.com. “If it’s lifetime, it’s OK. I never shot one like this. Pretty good!

“I’m really happy about the goals because they were around set-pieces. [We were] really quick in mind.

“A nice set-piece with Millie and Phil [Coutinho], and the other one was a throw-in to Adam [Lallana], really good movement and then playing the pass back.”