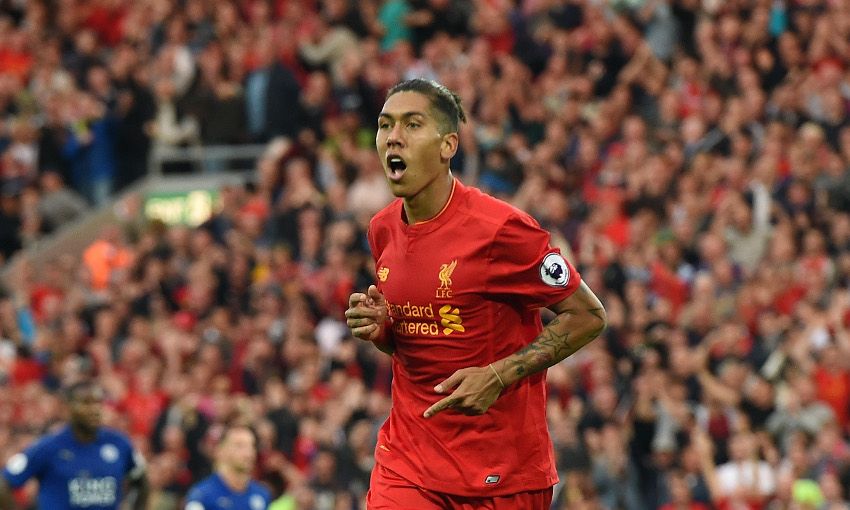 Roberto Firmino has revealed how the perpetual motion Liverpool boss Jürgen Klopp expects from his players comes naturally to him.

Since a move from Hoffenheim last summer, the Brazilian's proclivity for working hard has endeared him to suppporters just as much as the many goals and assists he has contributed.

Klopp has often deployed the No.11 in the centre-forward position, where his endeavour and intelligence in the press set the tone for the Reds during a number of big wins last term.

And Firmino believes his 'hyperactive' personality traits make him the perfect fit for the style of football his manager expects.

"I've been quite hyperactive since I was a child," he told the Daily Mail.

"I don't like to stop. I do have moments when I like to relax but I'm always moving and that has always been the case since I was a boy. Nowadays that is the only way you can play football.

"You have to be on the move. I'm not that crazy and I know there are times when you have to stop. I like to relax, of course I do! But when I am inside the pitch, that is it. You have to go on full on from the first minute.

"All of us have our qualities that add to the team. But our manager wants each of us to be like a runner. Don't stop. Never stop. Keep going. That is the way it is for him and that is the way I like to play. You always have to be in motion.

"It comes easy to me to run. I picked a lot of it up from Germany. I had four-and-a-half years there and I learned you have to be on the automatic button. Press it and you go, you keep running, chasing and working. I always try to do a bit more than I am asked."

Firmino also lifted the lid on his relationship with Klopp, who he describes as a friend as well as a colleague.

"I played against his teams for four-and-a-half years," he added.

"I know what he wants from a player. When I heard that he was coming to be Liverpool manager, I was so pleased. I could not have been happier.

"I knew what he was going to bring here. He brought a style of work and play from Germany and the team has adapted to it. Our friendship is crystal clear. There is nothing behind it. He is a great person. If you do what he asks you to do, you will never let him down."