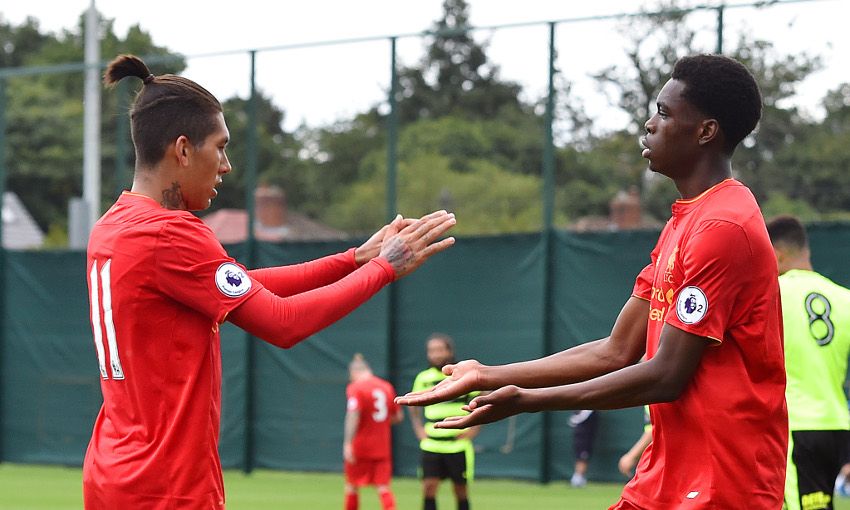 Ovie Ejaria netted as Liverpool went down to a 2-1 defeat in a behind-closed-doors friendly meeting with Huddersfield Town at Melwood on Friday.

The 18-year-old bagged a close-range header as a team containing the likes of Danny Ings, Lucas Leiva, James Milner and Joel Matip kept up their sharpness by facing David Wagner's side.

Roberto Firmino also started, and looked bright in the early stages as he sent a shot over the bar before seeing another effort inside the box blocked.

Huddersfield had their chances, but the Reds came closest to breaking the deadlock in the first period as Alberto Moreno's low shot at the back post was well stopped just before Ings' attempt to head a Yan Dhanda cross home flew wide.

It did not take the hosts long to open the scoring after the break, however.

With 55 minutes gone, another arrowed effort from Ings was saved well by Luke Coddington but Firmino followed in to collect the ball and chip back toward Ejaria, who did the rest.

Huddersfield responded well to that initial flurry, and levelled things up when Jack Payne was released one-on-one and sat Alex Manninger down before firing in.

Town then claimed the win with 10 minutes remaining as a Manninger pass was intercepted in the box and Chelsea loanee Kasey Palmer coolly finished from close range.