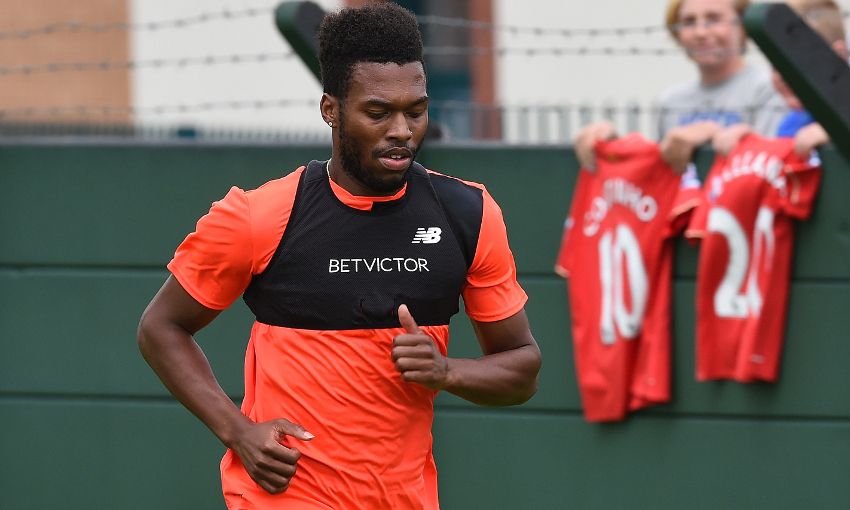 Jürgen Klopp has provided a further update on the fitness of James Milner and Daniel Sturridge ahead of Liverpool's first Premier League fixture of the new campaign.

Sturridge was ruled out of the games against Barcelona and Mainz which bookended the Reds' pre-season after sustaining a slight hip injury in training.

Milner, meanwhile, was forced from the field during the clash with the Catalans at Wembley Stadium after complaining of discomfort in his heel.

Speaking to Liverpoolfc.com on Thursday, Klopp explained that both players would be given every chance to prove their fitness before Sunday's opener against Arsenal.

And on Friday, he offered up the latest on both players' progress in his press conference to preview the trip to the Emirates Stadium.

Speaking about his No.7, the manager said: "Thank God, with Millie it's not too serious. We saw him walking out of the stadium last Saturday on crutches and Millie on crutches is not something you can bring together.

"It's a bruise in the heel and, like I said, when Millie says it's a little bit too painful then for sure it's not [acceptable] for the rest of the squad.

"We have to wait for the moment but we could test it each day. In this moment, I'm not sure when we should really test it - if you ask Millie it was last Sunday! We don't have to ask him, we have to wait a little bit.

"It's still possible that he can be involved at the weekend but [we're] not sure."

Klopp also spoke positively about Sturridge's recovery, revealing that the striker is closing in on a return to full training.

"With Daniel, he made something like a clearing session and obviously now he could be involved today in team training," he added.

"But he missed a lot of sessions in this pre-season; he started later and then he missed a few sessions, so we have to make a decision on what we do with him.

"We have to use the next three, four, five days. For a few players, the pre-season will be longer than up to the first Premier League game because they have not had enough time.

"If you have not enough time and you miss a few sessions then I think it would make sense that you extend the pre-season for these players.

"That's what we have to think about before we make a final decision.

"But obviously yesterday was good so he could train today 100 per cent and, after the press conference, I will make a decision on which kind of training it will be."