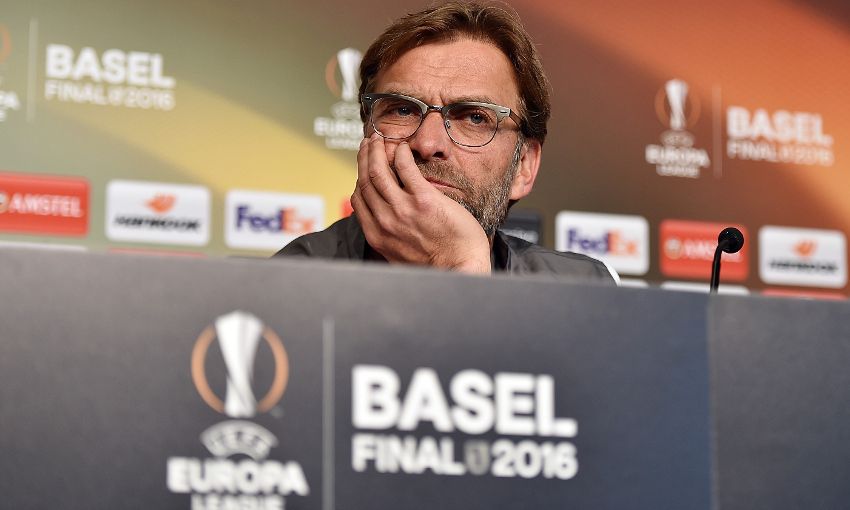 It may be the biggest game of the season for Liverpool, but Jürgen Klopp tonight insisted their preparations for the Europa League final haven’t differed to any other fixture they’ve contested on their road to Basel.

The Reds take on Sevilla at St. Jakob-Park on Wednesday night aiming to bring home their first piece of silverware since 2012.

Interest surrounding the match has, understandably, reached fever-pitch level as Klopp and his team attempt to secure a trophy in his first campaign at the helm.

However, within the perimeter of Melwood – and now their base in Switzerland – things haven’t varied to the manner in which Liverpool previously got themselves ready for the likes of Manchester United, Borussia Dortmund and Villarreal.

Speaking at his pre-match press conference, Klopp was quizzed by reporters on how he’s preparing the Reds for the showpiece final.

He responded: “As normally as possible because the special circumstances are obvious.

“If I change they could think ‘oh, maybe he thinks we are not ready’. I am sure they are ready and that is what I want them to feel. We feel good, I’m really pleased for the boys – I am really pleased I can be part of this moment with this team.

“When I came here, there was a big amount of doubt about these players and now I am really happy they could show how strong they are.

“Tomorrow is a big opportunity to make a final step, not the final step, but the final step in this season. To achieve something great. I am really happy to be here with this club and this team, so let’s try it.”

Liverpool’s journey to the Europa League final has been an eventful one, with the team displaying resilience and determination to bounce back from seemingly perilous situations to ultimately secure a ticket to Basel.

Klopp insists those experiences against sides such as United, Dortmund and Villarreal have readied his squad in the best possible fashion for the expectation levels they’ll experience once more on Wednesday night.

“It’s not to reach the next level of concentration and organisation; it’s to use what we already know. That’s what we will try.” 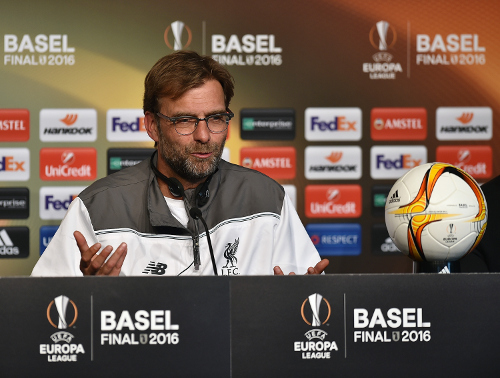 Such is the scale of the fixture and the interest around it, reporters from all over the world descended upon St. Jakob-Park for the pre-match press conference on Tuesday afternoon.

One journalist, who travelled from Japan to be in attendance, asked Klopp quite simply what the most important factor would be if Liverpool are to defeat Sevilla.

He replied: “Being well organised, being brave. Prepare moments, be patient enough to pass long enough to get the opportunity to play the last pass.

“A lot of things will be important tomorrow, it’s all about football. If you are a neutral viewer, it’s easier to enjoy if you see two teams on the highest level battling for each little opportunity, each little advantage.

Inside Anfield: A unique look at Liverpool 2-1 Sheff Utd