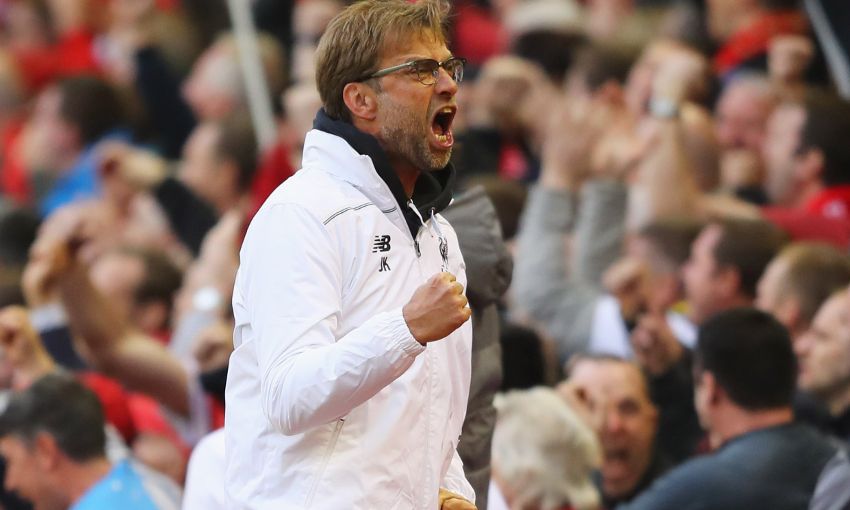 Inside the mind of a player preparing for a European final

Seven months on from asking for 'believers' at Liverpool, Jürgen Klopp feels faith is at its maximum in time for the Europa League final against Sevilla on Wednesday night.

The manager spoke of the need for greater belief in his very first interview upon taking charge of the Reds last October – and has helped to make that a reality with his inspirational methods.

Nowhere more has the impact been felt than in the Europa League, with thrilling victories over Manchester United, Borussia Dortmund and Villarreal booking a place in tomorrow’s Basel showpiece.

Ahead of the tie, Klopp sat down with Liverpoolfc.com for an exclusive interview about the challenge of Sevilla and what it would mean to bring the trophy back to Merseyside, with part one available to read and watch below.

It has been seven months of madness since you came here but there’s a chance to look to one game now. An obvious question, but how much are you looking forward to it?

I haven’t enough words to describe this, to be honest. It’s kind of a strange feeling, of course. I’m really looking forward to it but I know it will be real work. There will be pressure and a lot of things around the game. It’s very important that we handle this close to perfection. That’s what I think about. I’m not in a position to enjoy each second until the final – I have a few things to do, a few meetings. It is like it is for a manager in a moment like this. In an ideal world you find the right words. But I’m quite confident that it will work, with all the things we have to do until then. And then it’s up to the players. It will be a great match, it’s a great opportunity. It’s wonderful to have these ‘problems’ because there are only two teams in this tournament with these problems. It’s all about finding the right mood to enjoy this game.

Is there more of a sense of calm ahead of this one, because you’ve only got one focus, there’s just one game left to play?

There’s nothing else to think about. Focusing is a very important part of preparation and in this case it’s pretty easy to be focused. That’s the biggest difference to all of the other games we’ve had until now, even when it was the semi-final or quarter-final. That’s a big difference. That’s why we [travelled] to Basel on Monday. We have nothing else to do, to be honest. There’s nothing more important in this moment. It’s not about putting the pressure higher and higher, it’s about getting the right atmosphere. I know all of the lads are really looking forward to the game and are happy about the opportunity. We have sessions to go and the plan is to use these sessions to become the best shape we can get.

In your first interview with us when you came to the club you spoke about turning everyone into ‘believers’. Do you think no matter what happens on Wednesday that the run in this tournament has done that?

That’s good. The problem with belief is you can’t be sure. That’s how it is. But, in my opinion, belief in our strength, belief in quality, belief in all the things around this team is the only chance to win the cup. The problem in football always is that there’s another team with the same target. But we know about that, so that’s no real issue. Belief in our strength will be at 100 per cent before the game, for sure.

Sevilla are that other team, something of tournament experts over the last couple of years. How have you gone about scouting them and what do you expect from them?

To be honest, we could stop scouting two weeks ago because they changed the team completely. What we know is that they have another game after this game. They have a big final again. They have two finals, that’s a big difference. They didn’t care in the last two games about the league – that was a big difference to our schedule and our way we had to go. But they are quite experienced and will be ready too, no doubt about this. When you are experienced, it doesn’t mean you have an advantage, it’s only one part of all the parts around the game and in the game you have to rule or solve. There’s no advantage for one team. If you won it last year, what does it mean? If you won it two years ago, what does it mean? Actually nothing, so it’s another game. We didn’t play them last year in the final, we didn’t play them two years ago in the final, so it’s the first time they play against us. So that’s our big advantage because we think we are quite different to all other teams in this moment. That’s what we’ll try to use.