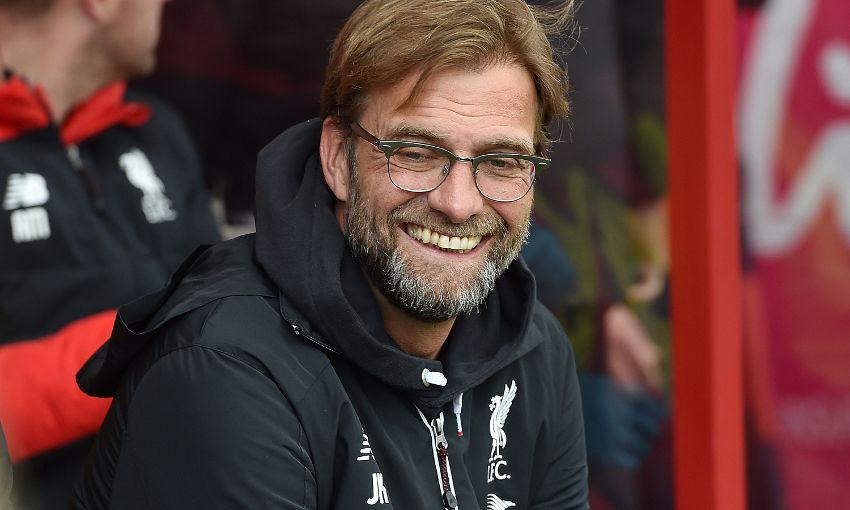 Back-to-back victories over Chelsea and West Bromwich Albion have to be the target for Liverpool before they look to complete the season with success in the Europa League, according to Jürgen Klopp.

The Reds play the Londoners in their final home game of the campaign on Wednesday night and travel to the Hawthorns at the weekend to finish the Barclays Premier League schedule.

A showpiece meeting with Sevilla in Basel looms ever closer, of course, but Klopp was unequivocal about the need for his team to concentrate on the two domestic fixtures first, as he considered what would be a perfect week.

He said at his pre-Chelsea press conference: “What I would prefer is that it’s Thursday next week and we have won two games against Chelsea and West Brom, and we are back on the way to Liverpool with the cup.

“That is the only situation that would be better than sitting here now and talking about these three games. I like to play them but obviously I’m a normal human being so it would be no problem to say ‘OK, it’s over and we have all that we want’.

“But it doesn’t work like this. I like this all or nothing, that’s true, but only because of the opportunity to get all. That’s what we’ll try to do.”

Klopp continued: “I try to say all the time that you need rhythm. If we lose the next two games, believe me I will go to Basel still confident and thinking we can win this game.

“But it would feel better if you win them. That’s how it is. But I cannot decide now, there’s no rule, no really fixed rule that you say if you win the last two games then you will win the final – unfortunately not.

“You saw Sevilla changed 11 positions in the last game and the only news you read about is ‘Sevilla is not ready for the final’. They changed completely and I’m sure there were different players on the bench.

“So they are already preparing for the final. We can’t do this. We are not in a fixed position. They are fixed seventh and can’t fall.

“That’s their way; our way is to be concentrated on things you have influence on. That means now Chelsea, then West Brom and then the final. We will try everything, for sure.”