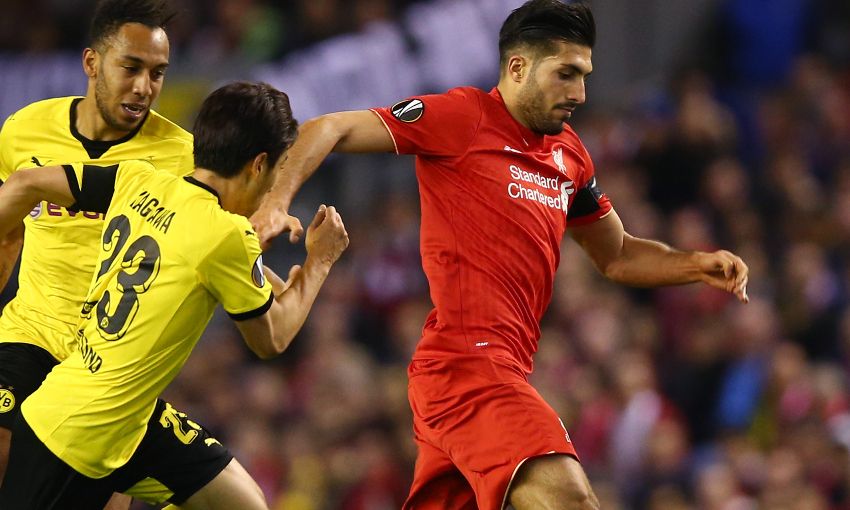 Emre Can has explained how he allowed himself no let-up in his quest to return to full fitness ahead of schedule after his outstanding return to action against Villarreal on Thursday night.

The German sustained an ankle injury against Borussia Dortmund on April 14 that appeared set to keep him sidelined for several weeks.

However, after working tirelessly with the club’s medical staff at Melwood, Can was back in the starting line-up against the Spanish side and produced a magnificent display to help the Reds book a place in the Europa League final with a 3-0 win.

So how did he do it?

“A lot of work! In three weeks, I didn’t have one day off,” Can explained to journalists following the final whistle. “Every day I spent seven to eight hours at Melwood to get fit for this game and I’m so happy that I could play in it.

“I found out [I was playing] on game day. I didn’t know beforehand. The manager spoke with me, and he asked me if I felt fit and I said: ‘Yeah, I’m fit and I can play.’

“The injury was not too long. I was out for three weeks, but before that, I played like 45 games or something like that. I’m fit and I have no pain.”

It was certainly another European night to savour at Anfield as Liverpool swept Villarreal aside to set up a meeting with Sevilla in Basel on May 18.

And Can was eager to praise the impact supporters had on the content as they conjured up an atmosphere that won’t be forgotten for a long time to come.

“It was unbelievable what they showed,” he said. “I think with the fans, we were all together. That and because we played very well is why we deserved to win the game.

“It was an unbelievable night at Anfield, the fans were just incredible.”