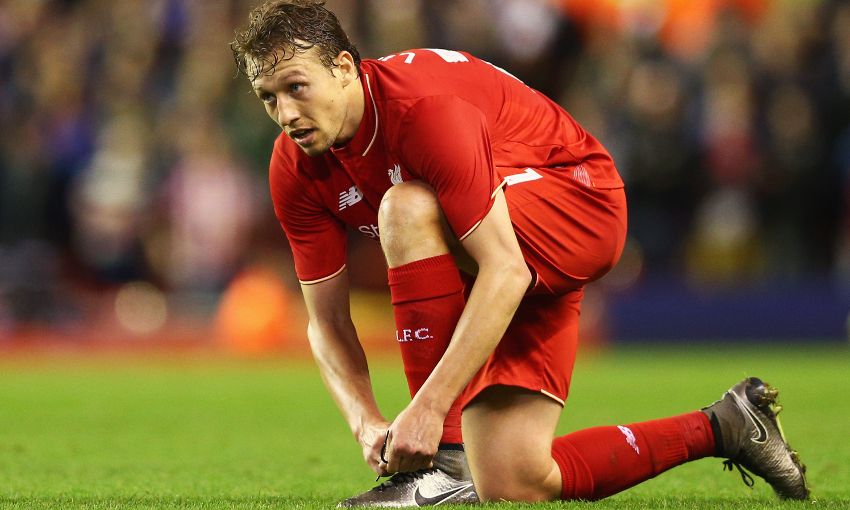 Lucas Leiva's recent stint in defence for Liverpool has left the long-serving midfielder open to the possibility of more games at centre-back in the future.

When injuries limited Jürgen Klopp’s options in that area during January and February, the manager turned to the Brazilian’s experience and know-how in an unfamiliar position.

Lucas adapted to the responsibility quickly and was therefore entrusted with a spot in the back four at Wembley for the Capital One Cup final against Manchester City.

He performed impressively once more, though the disappointment of defeat after a penalty shootout was compounded by a quad injury suffered in taking a kick himself.

The No.21, who was named Standard Chartered Player of the Month for February, is currently working hard on a comeback and has not ruled out featuring in defence again.

“This year has been a new role for me,” Lucas told Liverpoolfc.com. “I have played many games as a midfielder but [also] maybe five games as a centre-back.

“I enjoyed it. It’s a position where I think I have played well and in the future, we never know – I think I could do the job there again.”