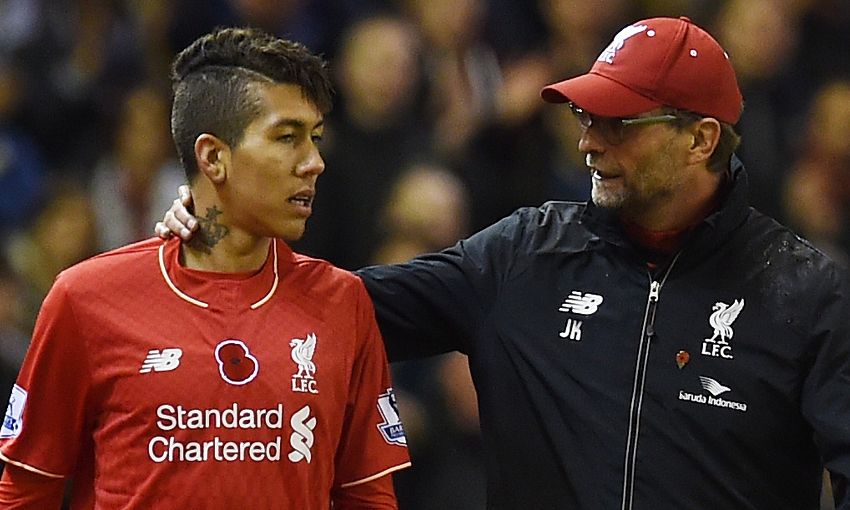 Roberto Firmino has declared Jürgen Klopp the best manager he has ever worked with, insisting he and his teammates are making big improvements thanks to the German's guidance.

After a slow start to his Anfield career, Firmino has hit a rich vein of form in 2016, scoring seven goals and providing four assists in the Barclays Premier League since the turn of the year.

And the Brazilian, who has been a mainstay of the team under Klopp, clearly credits his boss for that transformation.

"I don't say that because he picks me all of the time. It's because of his mentality and personality.

"He gives confidence to all of the players. He knows what your potential is, so he always says just one or two words to give you confidence and show trust.

"That's important for players. I think everybody likes working with him and we are all improving because of him."

Klopp's faith in Firmino perhaps comes as no surprise given that both men rose to prominence thanks to their achievements in Germany's Bundesliga.

The attacker added: "Hoffenheim were a small club, so playing against the manager's Dortmund team was hard because they were good at keeping possession and also good at counter-attacking.

"But I have scored against them and we won, so the manager had seen me before."

The No.11's impact is all the more impressive given that he has been regularly switched between centre-forward and attacking midfield roles.

But he insists he is happy to feature wherever the manager wants him.

"I enjoy playing as a striker. I am there to help the team and I'm happy as long as I am playing," he continued.

"It is another challenge. I am playing in this position and I am well-prepared for it."