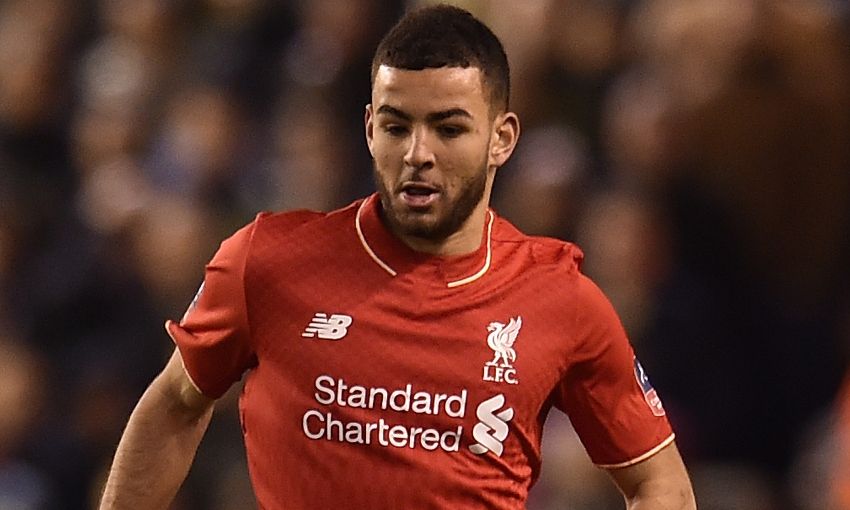 Jürgen Klopp has confirmed Kevin Stewart is facing a spell on the sidelines after sustaining an ankle injury in training at Melwood.

The midfielder, who made his Barclays Premier League debut for Liverpool as a substitute at Aston Villa on Sunday, picked up the knock attempting to block a shot and was subsequently sent for a scan to assess the damage.

“We lost Kevin Stewart in training,” Klopp said. “He blocked a shot and his ankle was not stable.

“It was a bit bruised so we have sent him for a scan. We think it’s the ligament.

“He trained outstandingly and then this happened. That’s not too good.”

Elsewhere, Klopp revealed Lucas Leiva will return to Liverpool’s squad for the Europa League trip to Augsburg following a minor hamstring issue, but Adam Lallana will not travel to Germany with a calf problem.

“Lucas is back fit but not Adam - he has no chance for Thursday's game,” said the boss.