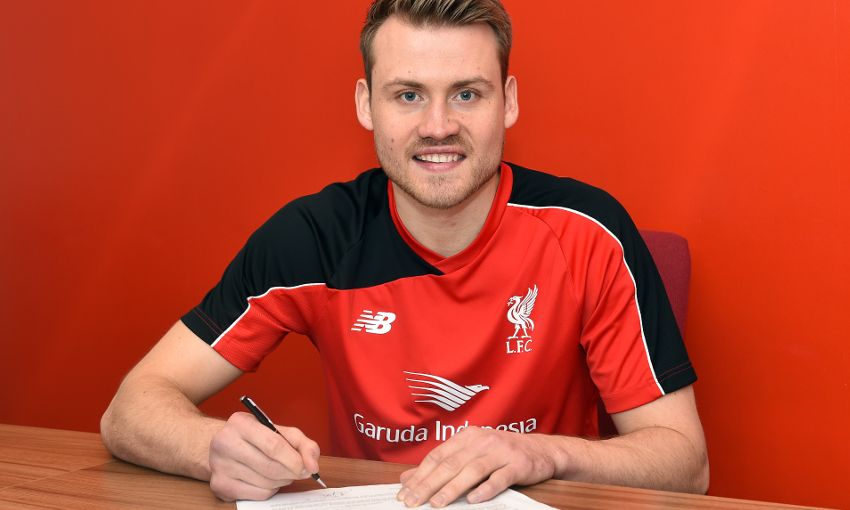 Liverpool goalkeeper Simon Mignolet has committed his long-term future to the club by signing a fresh contract extension at Melwood today.

The Belgium international joined the Reds in June 2013 and has made 122 appearances between the posts since his switch to Anfield from Sunderland.

Mignolet has missed just three Barclays Premier League matches during that period and recorded more clean sheets than any other ‘keeper in the division in 2015.

He has reached double figures for shut-outs in each of his two previous seasons with Liverpool and is on target to do so again for the current campaign.

The 27-year-old has also won 17 caps for his country and is on course to be part of the Belgium squad participating at Euro 2016 this summer.

“I’m very pleased that I can be at Anfield and a part of Liverpool for a long future. I’m happy to commit my future to LFC,” Mignolet told Liverpoolfc.com upon signing the contract.

“I know signing a new contract comes with new responsibility. I’m getting older as well and coming into the years where people would say those are the years a ‘keeper is at his best.

“I know with a long-term contract, you get more responsibility – and I want to take up that role because I’m the sort of character that wants to be a leader, wants to speak in the dressing room and wants to help the defence.

“I’ll try to work hard together with the goalkeeping coach and staff here, who are behind me and have given their confidence with a new contract.

“I would like to thank them for that – but you can’t really do that with words, you have to do that with performances on the pitch. And that’s what I’ll try to show.”