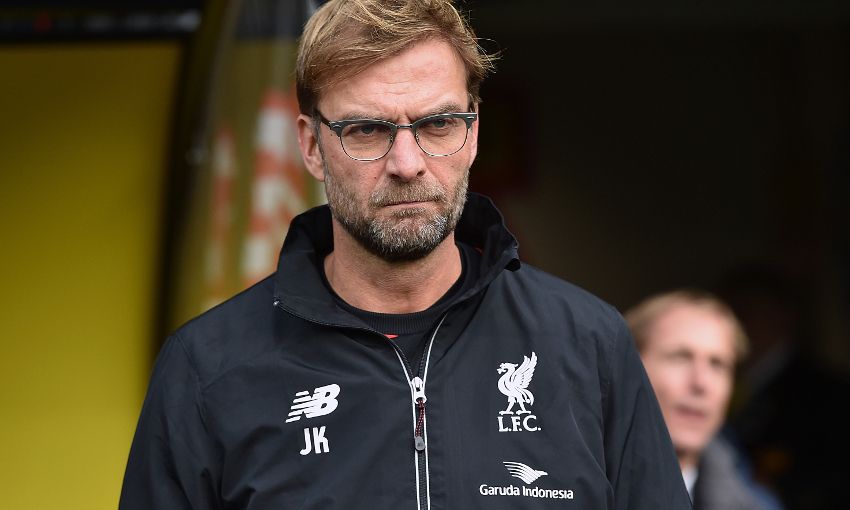 Jürgen Klopp admitted Liverpool's performance was 'completely different' to the one they wanted in losing 3-0 against Watford at Vicarage Road on Sunday afternoon.

The Reds were behind within three minutes as Adam Bogdan fumbled a corner into the area and Nathan Ake pounced to steal the ball from the goalkeeper and force it over the line.

On the quarter-hour, the in-form Odion Ighalo held off the attentions of Martin Skrtel to clip in a second for the home side from a narrow angle and leave Klopp’s men with work to do.

They attempted to respond, improving after the interval particularly, but the points were all Watford’s once Ighalo nodded home from close range in the final moments.

“It was a better start in the second half after a few little changes and with a little bit of luck we could have scored a goal after half-time and the game would be open again, but we didn’t do it. Then a counter decided the game. That’s how it was.

“It’s the most disappointing moment in my whole Liverpool FC life. We don’t feel good today. We came here to do something completely different to what you saw.

“Between what we wanted to do and what everybody saw is a big gap – a big space – and that’s what we have to fill in the next few days for the next game against Leicester. Today, we have to accept the result and we have to work, keep on working and play better football.”

There was some debate regarding Watford’s opening goal and whether Bogdan had control of the ball with two hands when Ake dispossessed the Hungarian and scored.

But Klopp reiterated that the reaction to the setback was more important, adding: “He had both hands on the ball, so it’s a foul. That’s what happened. Mistakes and faults can happen, it’s football, but the reaction has to be better.

“There was a little bit of wind and we have to use the wind and not play against it. That’s what Watford did with the second goal and we had the same situation in the second half with Divock Origi. They scored the goal and we didn’t.” 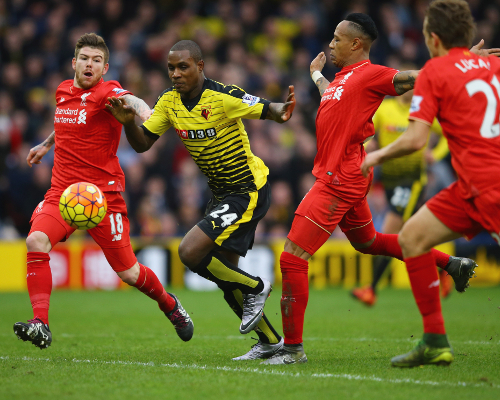 He continued: “They played exactly like they have played in the last few weeks, that’s good. That’s really good. It’s positive when I say they play easy, that’s how you have to play in this moment in the league.

“Watford have big quality with the strikers and very disciplined defending, so we have to say it’s very, very good. But you saw when we played easy then it was a more open game and we had more ball possession and we could have changed the game, but we didn’t do it.

“We had the start we had and that’s what we have to change. It’s not the first time; this time it was not because we were not concentrated or things like this, it was really unlucky.

“We all know Adam should [catch] the first ball but he dropped it. After this, it’s not open anymore. If they don’t get this goal then I don’t know what happened today but if you see how we reacted after the goal, it’s not the best idea about the game.”

While Liverpool have thrashed Chelsea, Manchester City and Southampton on the road under Klopp, their last two away Premier League games have concluded with defeat and no goals scored.

And the German promised that work begins immediately to ensure fans see more of those exhilarating displays than ones like today.

He said: “After Southampton, everybody thought ‘wow’ and [the same] after Manchester City. That was one side of the thing we can do, now we saw a completely other side.

“Maybe the truth is somewhere in the middle and we have to work on that it’s more in the Manchester City, Southampton, Chelsea performance. I know how strong this team can be and it’s my job to help them show it much more often than we did.”