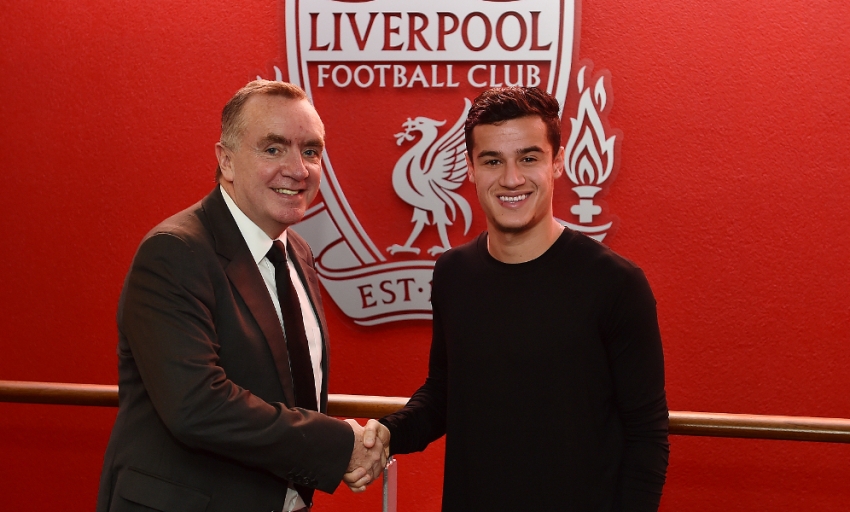 The 22-year-old has committed his future to the Reds by penning the deal at Melwood today.

Brendan Rodgers signed Coutinho from Inter Milan in January 2013 and, to date, he's made 81 appearances for the club, scoring 10 goals. He has also re-established himself in the Brazilian national squad.

Moments after putting pen to paper on the contract, Coutinho told Liverpoolfc.com: "I'm really happy. It's a dream come true playing for this great club and being part of this squad.

"Today I've committed my future to the club and for this I'm feeling very pleased.

"This club is great and the fans have always supported me, so I've been eager to sign this new deal since conversations started. Today is a very happy day."

He added: "It means so much. This club has given me the opportunity to play and believed in me even though I hadn't been playing regularly at my previous club.

"I've had a great reception since my first day here. As I always say, Liverpool is a big family and I'm a happy person here."

Coutinho has been in outstanding form in recent weeks for Liverpool, leading to him being voted as the club's Player of the Month for December.

After claiming two assists in the Reds' 2-0 victory over West Ham United on Saturday, Rodgers reserved glowing praise for the No.10, describing his performances as 'top level'.