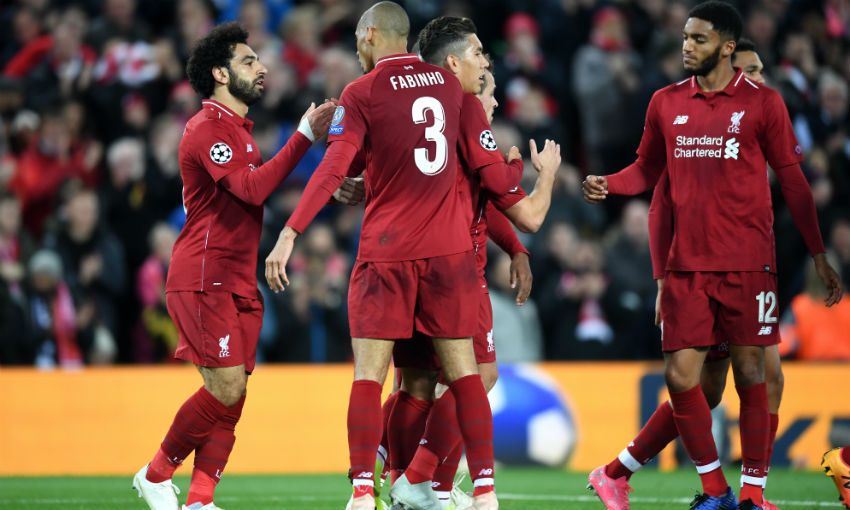 Fabinho thought he knew, but he didn't really.

Anfield’s reputation precedes it, you see.

Liverpool’s home has an aura on European nights that even those who have never experienced it first-hand are enchanted by.

Television and a briefing from a compatriot and former Red meant Fabinho was suitably intrigued before he joined Liverpool from AS Monaco in the summer.

But intrigue evolved into wonderment 12 weeks ago, when he was involved as a late substitute in an electric, dramatic 3-2 Champions League victory over Paris Saint-Germain in L4.

“I knew about Anfield on European nights, but it wasn’t a very detailed knowledge, just the kind of things you pick up from the TV about stories and games you’ve watched,” the Brazil international told Liverpoolfc.com.

“I remember once with the national team, Philippe Coutinho was talking about the exceptional Liverpool fans. But now that I’m living it week in and week out, the atmosphere in the stadium, the reaction of the fans to every victory - you can see how fanatical the supporters are and how much they love their team. They really make a difference.

“At the start of the season when I wasn’t playing as much and I was on the bench, especially in the first game, I was looking around the stadium all the time at the way the fans were reacting and I was really impressed by it all.

“The first Champions League night against PSG was amazing. The fans put on a show at every home game and it gives us an extra push when we play at Anfield.”

Should all go to plan, Fabinho will be part of another memorable Anfield evening on Tuesday night.

The equation for Liverpool is this: beat Napoli either 1-0 or by two clear goals to be guaranteed a place in the last 16 of Europe’s elite club competition.

And, while making his respect for Carlo Ancelotti’s side clear, Fabinho believes his team will advance - thanks in no small part to those supporters who will be roaring them on.

“It’ll be a very difficult game. Napoli showed their quality over in Italy when they beat us, but it’s in our hands,” said the midfielder.

“We’ll be playing at Anfield, which will be an extra boost for us. As always, we’re going to try to impose ourselves, as we do against whoever we’re up against.

“And driven on by our fans, we’re going to give our everything to win this game.”