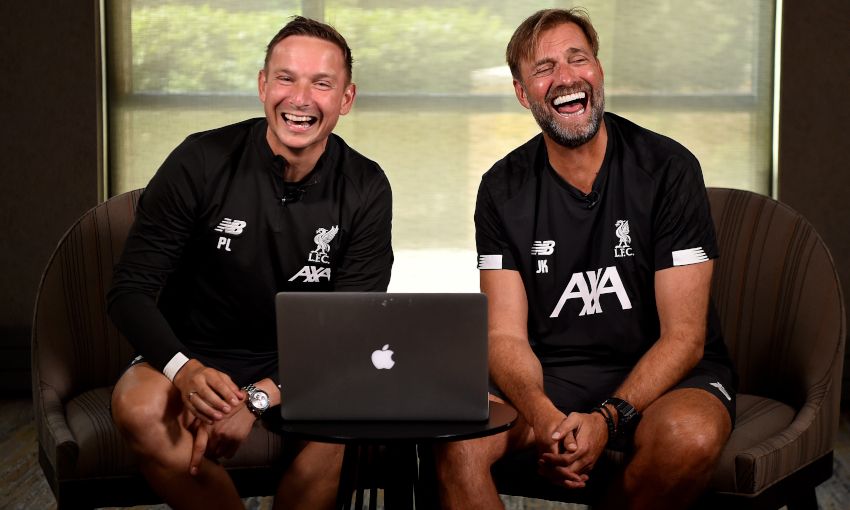 Liverpool's Champions League final triumph generated hours of online content across websites, social media and television – and we decided to put some of it in front of Jürgen Klopp and Pepijn Lijnders to see their reaction.

We began with clips from the journey the Reds navigated on the road to Madrid, featuring the key moments along the way.

Then, of course, it was onto events at Estadio Metropolitano before, during and after Liverpool’s sixth European Cup win.

Finally, Klopp and Lijnders looked back upon the iconic scenes of the Reds’ homecoming parade, during which thousands lined the streets of the city to greet their heroes.

The pair went through a range of emotions during their quick-fire lookback and offered never-before-heard insight into what happened on the sidelines during the team’s voyage to glory.

It’s a clip that’s a must-watch for Liverpool supporters – and you can do just that by pressing play on the video below now.