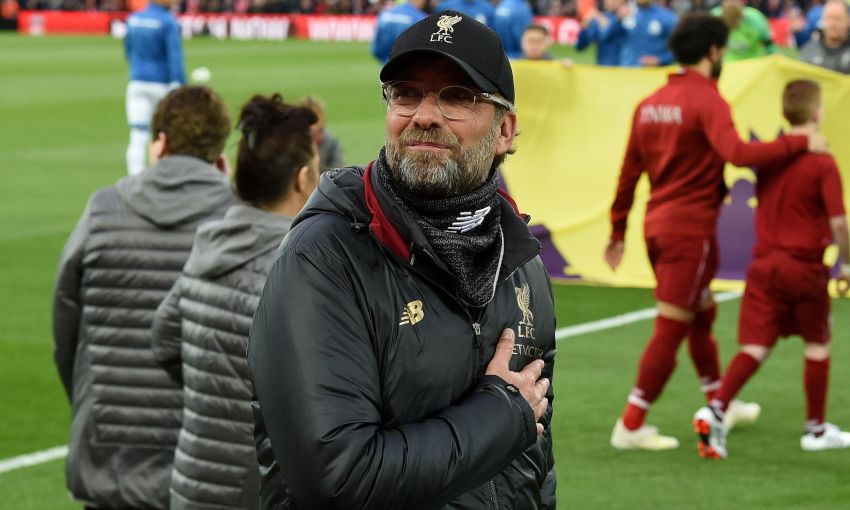 "It ain't where you from, it's where you at," reads the epigraph at the beginning of Raphael Honigstein's Jürgen Klopp biography 'Klopp: Bring The Noise'.

It’s a lyric from the Eric B. & Rakim song In The Ghetto, released on May 4, 1990, the day before the 1989-90 season came to an end with Kenny Dalglish’s Liverpool as champions. But the sentiment probably feels very pertinent for Reds fans 29 years later.

Roughly three-and-a-half years on from the day when Klopp took charge of a side sat 10th in the Premier League, Liverpool have amassed 91 points - their highest-ever tally - with two matches still to play this season.

“I’m astonished, personally, that Liverpool have been this consistent,” Honigstein, a journalist for ESPN and Der Spiegel amongst others, tells Liverpoolfc.com.

“I didn’t think they were quite ready to do it. The irony is that Manchester City have just been a machine, and Liverpool reaching 97 points might not be enough. But the good news is that Liverpool look set to be competitive for years to come.

“I don’t think Jürgen is bluffing when he says he’s just enjoying the fact that Liverpool can now compete for these titles. They can go into the season thinking: ‘We can win the league, we can win the Champions League.’

“From a Liverpool perspective it would be the league [you would want to win most], but if you’re a manager and you were never really a great player, only really playing in Bundesliga 2, to one day lift the European Cup is the ultimate dream. That is not something anyone would have thought [was] a realistic possibility when he took over in October 2015, so in less than four years they’ve come a long, long way.

“That’s what I think, but of course Jürgen is also motivated by the people around him and by making people happy, so he understands just how much it would mean if Liverpool were to win the league. I think he would take either in a heartbeat, but it’s not his choice to make unfortunately.” 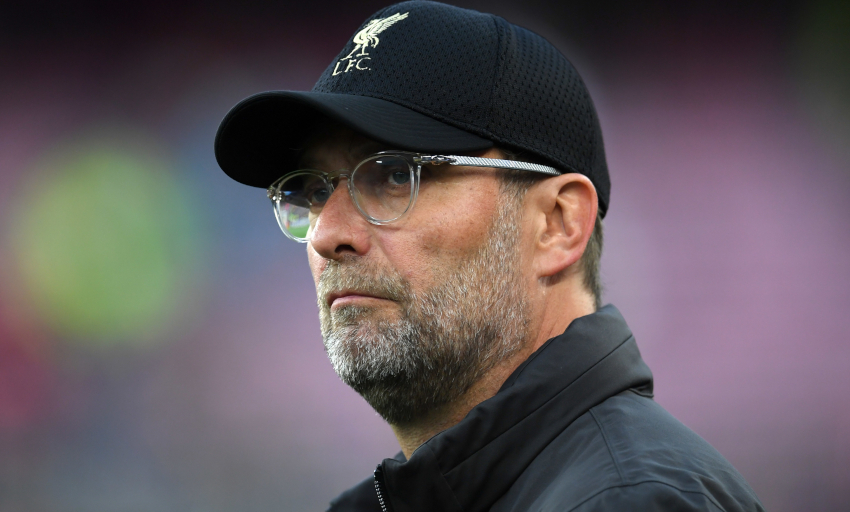 Klopp recently said it was ‘rather surprising’ that Liverpool are so close to a City side they finished last season 25 points behind. And Honigstein believes his countryman’s tactical tweaks and ability to extract the very best from individuals are just as significant as scouting and signings when you analyse that accelerated development.

He states: “Klopp has been quite open about the fact Liverpool’s scouting has been brilliant, but he’s also made the likes of Andy Robertson and Trent Alexander-Arnold into top performers and got a lot out of the bigger names as well.

“I think that’s absolutely instrumental in Liverpool’s success in the last few years, because you only have to look at other clubs to see that buying player after player and throwing loads of money at the problem is not, in itself, necessarily a way of improving things.

“I think it’s a process, that’s how him and his coaching team have seen this from the beginning, they’ve had to learn and draw the right conclusions from every season.

“Tactically the difference isn’t all that big, it’s just that the team functions so much better. They are able now to control games and can create openings without having to rely on that sense of chaos they once had, where they would become quite erratic and open.

“They can eke out wins in a very controlled fashion, which is the sign of a real top team.”

No title race in any of Europe’s other major leagues has been quite as entertaining, unforgiving and consistently high in quality as the battle for the Premier League this season.

The only one that comes close is the Bundesliga, where Klopp’s former employers Borussia Dortmund are the only potential impediment to Bayern Munich scooping a seventh straight title.

Ironically, though, Germany is one of the nations where the duel between Liverpool and City is being followed most avidly, and it is all down to the involvement of Glatten’s most famous son.

“The level of interest is big, probably the biggest it has been since Michael Ballack was in the Premier League,” Honigstein explains.

“It’s because Jürgen is such a significant figure in German football. He’s the one guy that, right now, whatever club allegiance you have, you would probably still have a sense that Jürgen Klopp is a nice guy, or at least very competent.

“And there aren’t many German sportspeople with that kind of international profile; he’s getting to a [former NBA star] Dirk Nowitzki level of ‘German guy abroad doing really well’. The combination of that with Liverpool, who for historic reasons have a large amount of German people interested in them and looking out for their results, just makes it very powerful.”

Klopp’s Liverpool, of course, eliminated Bayern from this season’s Champions League at the last-16 stage, prevailing 3-1 on aggregate thanks to Sadio Mane’s glorious double and Virgil van Dijk’s towering header at the Allianz Arena back in March.

“In Germany - as is often the case because Bayern are such a big club - it was seen through the prism of Bayern losing rather than Liverpool winning,” Honigstein considers.

“Niko Kovac’s ultra-defensive line-up in the first leg was meant to keep Bayern in the tie, but it didn’t play to Bayern’s strengths, and the players were critical of the tactics, as were some people on the board.

“The impression is that Bayern kind of defeated themselves by A) being too negative at Anfield, and B) not playing with full conviction at home. Liverpool were seen as very efficient and savvy and street-smart, great up front, but weren’t perceived as this outstanding team. My guess is they didn’t have to be on the night, they were just waiting for Bayern to make a mistake, and then they pounced.” 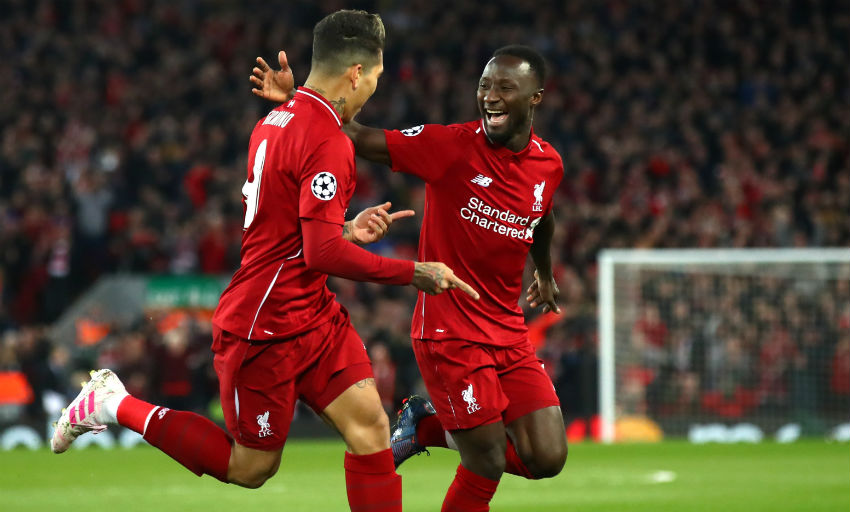 “Matip is one of the surprise performers this year, and Firmino is just outstanding,” Honigstein continues. “I didn’t quite think he’d have the kind of consistency and application and hunger that he’s shown. At Hoffenheim he was a different player and could be very in and out in the No.10 role, but I think his journey, if you will, has been absolutely amazing.

“At his best at Leipzig, Keita would do everything. He would win the ball, run past a couple of players then play the killer ball, or run past more players and score.”

Published in 2017, Bring The Noise traces Klopp’s story from his childhood in the Black Forest to the present day, touching on the Swabian’s playing days as a barnstorming centre-forward and his coaching success at Mainz 05 and Dortmund.

But with hindsight, the episode that perhaps speaks to the current situation most is the 2011-12 campaign, when a BVB side underpinned by a particularly strong defence secured a domestic double, breaking Bundesliga records for points and wins along the way.

“There are parallels,” Honigstein, who regularly appears as the resident German football analyst on BT Sport Score, reflects.

“But the situation in the Bundesliga then was very different to the one you have now in the Premier League. There’s so little margin for error. Whenever Liverpool have had a big setback I’ve thought, ‘OK, that’s it.’ But it hasn’t really happened, and that seems to be one of Klopp’s biggest qualities, that he can really forget defeats and not let them have a negative impact.” 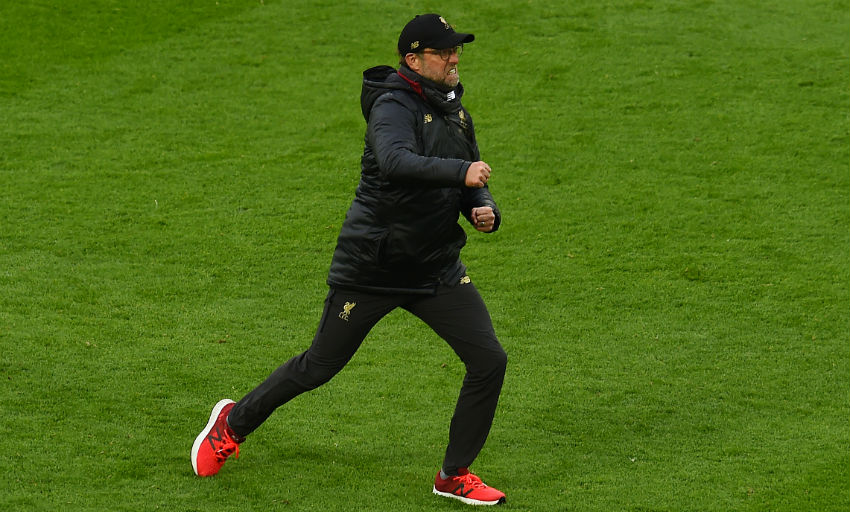 Regardless how all of this season’s storylines conclude, Honigstein foresees some prosperous years in store at Anfield, with Klopp firmly ensconced at the helm.

“I don’t think he will be tempted by any jobs, he’s not the type that will start flirting with other clubs - that’s not him. My sense is that he feels this process is still a good few years away from really coming to fruition,” he finishes.

“I don’t see him leaving, I don’t see the club wanting to make a change, I can easily see him there for another five or six years if things continue in this vein. I’m not sure he has long-term goals, or if he has he doesn’t admit to them.

“First of all, he’s really focused on getting this job right, and making sure that he does deliver for Liverpool.”

The inside story: How Jürgen Klopp bounced back from Kiev heartache

Western Union presents: The world according to Jürgen Klopp