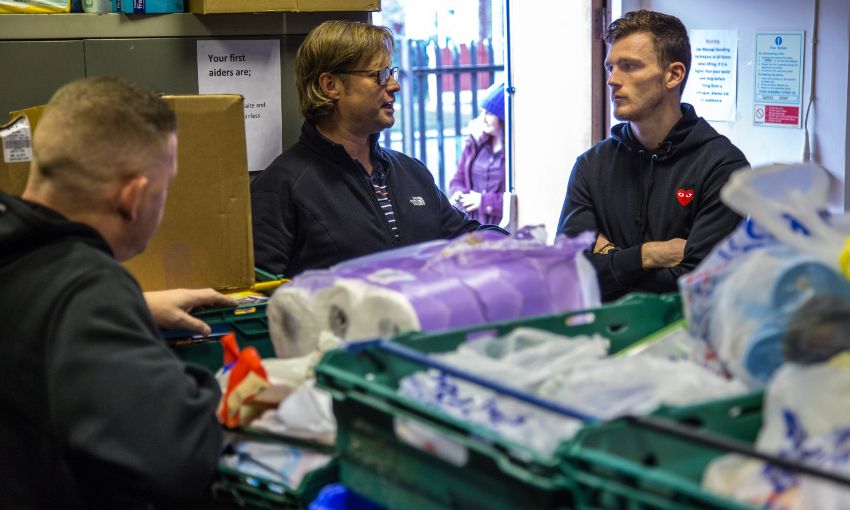 In the week when Merseyside becomes divided for 90 minutes on the football pitch, Andy Robertson visited North Liverpool Foodbank to learn how the city unites behind a vital cause.

As the festive period approaches, always the busiest time of year for foodbanks, the situation across Merseyside, and particularly in north Liverpool, is stark.

Fans Supporting Foodbanks, a partnership between the Liverpool supporters union Spirit of Shankly and the Everton Supporters’ Trust, is making a large drive for donations to coincide with Sunday’s meeting between the Reds and the Blues.

Fans are encouraged to drop off items at the purple FSF van in the Anfield Road fan zone, the Anfield club store, and the Homebaked co-operative bakery on Oakfield Road.

Robertson’s history with foodbanks pre-dates his arrival on Merseyside 18 months ago, the Scotland captain having helped to raise more than £500 for the East Renfrewshire Foodbank near Glasgow by asking friends to make donations instead of buying him gifts for his 21st birthday.

He continued his support after joining Liverpool, first visiting the Clubmoor Community Centre in the heart of the Walton constituency – base of operations for North Liverpool Foodbank – just over a year ago.

Robertson returned this week to meet the dedicated volunteers behind the scenes and gather first-hand accounts of the challenges awaiting them in the coming months.

“It feels like they’re more vulnerable than they ever were before,” foodbank co-ordinator Victoria Ponsonby told the Reds defender of the stories she hears from those who visit the centre. “It has turned into longer periods of time that someone is supported for, and it’s just that bit more upsetting.” 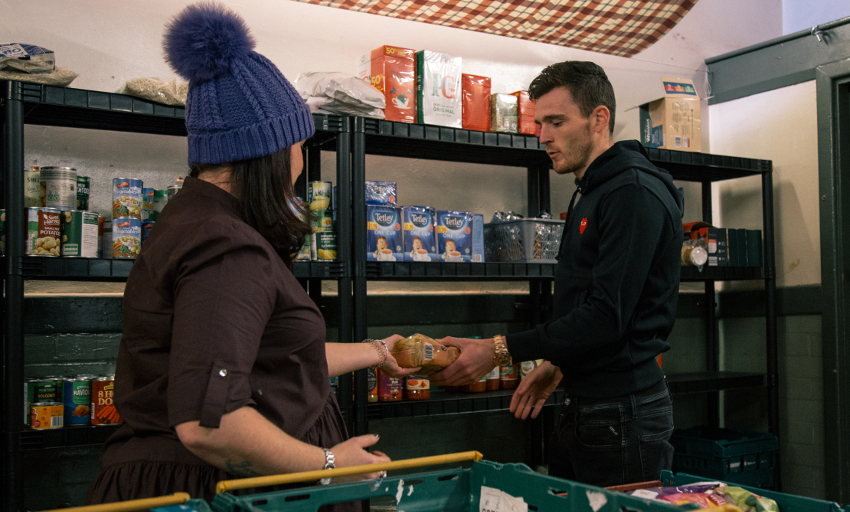 Fans Supporting Foodbanks launched in 2015 and collects donations at every Liverpool and Everton fixture. It now accounts for a quarter of the intake at North Liverpool Foodbank, which supports families and those on low income, as well as homeless people.

“It started as just a couple of guys, a Liverpool fan and an Everton fan, concerned that they had two Premier League clubs in one of the most deprived wards going, so how could they help?” the operations manager there, Simon Huthwaite, explained.

“It started off with literally a couple of them pushing a wheelie bin round pubs. Having the regular supply from FSF has been huge. If that was to stop, it would have a massive impact.”

Like Robertson, Steve Middleton grew up in Glasgow, and he too moved to Liverpool.

However, it was here, four years ago, he reached his lowest ebb, urgently requiring the support of a foodbank but too proud to visit until a friend acted as a go-between.

“Once I used the foodbank and talked about my problems, it was like a weight lifted off me,” Steve, who is now a volunteer for FSF, told Andy. “I left in a much better frame of mind and I had something to strive for.” 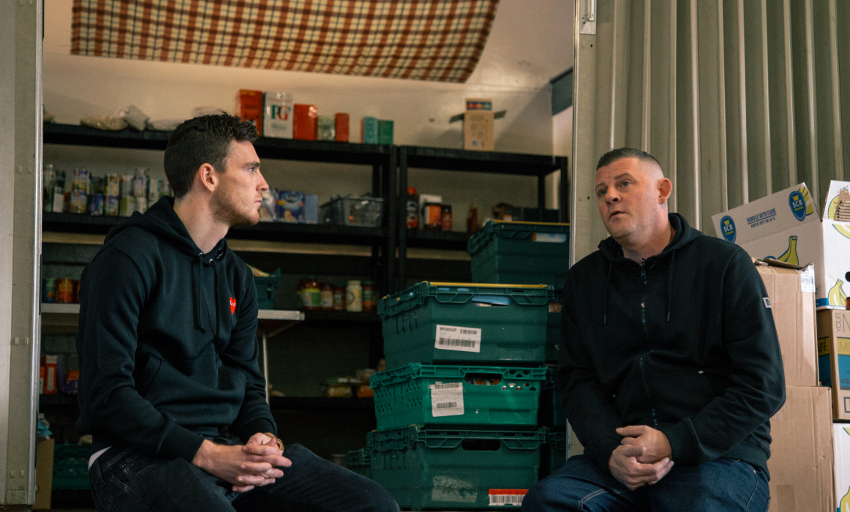 These days, come rain or shine at Anfield or Goodison Park, you will find him outside collecting donations around matches.

“A common question I get asked is: ‘Do you get a lot of satisfaction out of what you’re doing?’ My honest answer is ‘No’,” he said.

“Because as soon as I start getting satisfaction, I know I’m doing it for the wrong reasons. I feel like I shouldn’t have to be doing it, but if we weren’t doing this people would be going hungry.”

Everton fan Dave Kelly is one of those two aforementioned founders of Fans Supporting Foodbanks and its chair.

“I would argue it’s actually in our DNA to do things together,” he said. “It’s not a modern phenomenon. You can have this fierce rivalry for 90 minutes but the things that unite us are far greater than the things that separate us.”

Born out of motivation to make a difference following a visit to a struggling foodbank in November 2015, the initiative has provided important support to a local area in need.

“We hit the ground running the following day,” said Kelly.

“With the power of social media and the context we’ve got within fan activism and the wider community, we’ve gone from strength to strength.” 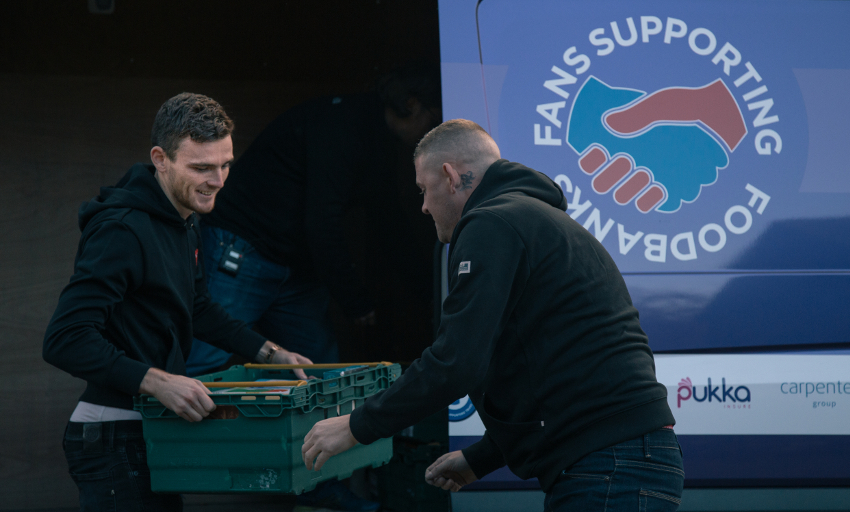 Robertson left North Liverpool Foodbank with his eyes further opened to the scale of the challenges faced by the volunteers – heroes – at places such as the Clubmoor Community Centre.

“To see the work they do is incredible,” he said.

“It’s two teams but one city, and if we can try to get the numbers down, especially before Christmas, then I’m sure we can all be proud of ourselves.”

Donations can be made at St Andrew’s Community Network, 16 Larkhill Lane, L13 9BR (9am-5pm, Monday to Friday) or at your local supermarket collection point.

Liverpool City Council is supporting the FSF campaign and the following locations across the city will continue to be open to donations beyond Sunday.