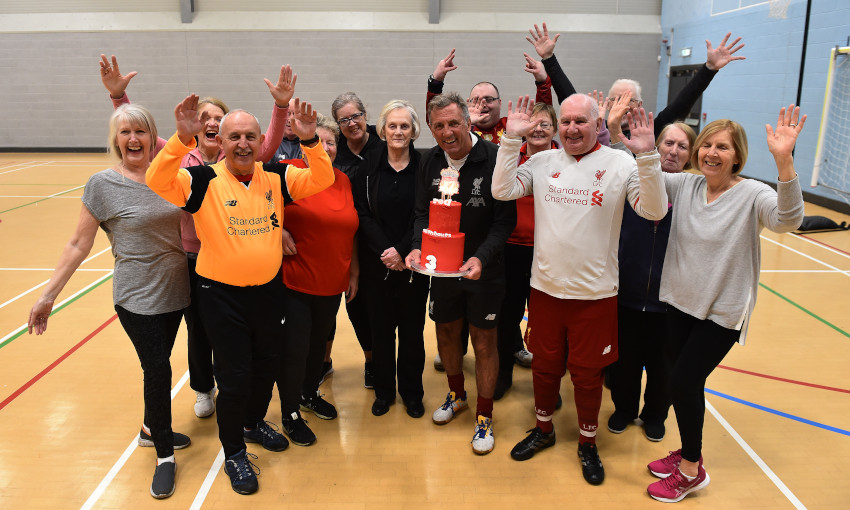 Liverpool FC's community programme, Red Neighbours, is marking its third birthday today and celebrating its successful support of more than 53,000 local people within the Anfield community.

Since its launch in January 2017, the Red Neighbours team has been working in Anfield and the surrounding postcodes of L4, L5 and L6, helping to address four specific areas of need: food poverty and education; supporting the elderly community; creating memorable experiences for young people; and promoting an active community.

All of the activities and events that Red Neighbours delivers have been designed in response to feedback provided by local people following a consultation with key community stakeholders prior to its launch.

The past three years have seen Red Neighbours team up with Fans Supporting Foodbanks to help collect, to date, more than 13,000kg of food on matchdays for the North Liverpool Foodbank in aid of local people in crisis.

Free breakfast clubs have also been delivered for local families to attend during school half-term and summer holidays, with more than 1,800 local people attending since the programme launched.

Social isolation among the local elderly community is another area where the Red Neighbours team have set out to make a difference. The Monday Club, which is a monthly social event at Anfield for residents aged 50+, is as popular as ever and typically welcomes more than 60 local residents every month.

The team also run regular care home and hospital visits, often alongside LFC staff volunteers who are on hand to help. Every year in December, the team provides a week of three-course Christmas lunches, which to date have been attended by more than 1,400 local pensioners.

November also saw the launch of Walking Football in Kirkby at All Saints Catholic High School, with first-team star Xherdan Shaqiri in attendance. A second location was added due to increasing demand at its sessions in Anfield, which run twice a week – meaning the sessions now run on Tuesdays, Wednesdays and Fridays for young-at-heart footballers.

Support for local children within the Anfield region also remains at the heart of those at LFC – with more than 3,500 children and young people from 25 local schools welcomed to Premier League games at Anfield as part of Red Neighbours’ school tickets initiative, and 115 terminally ill people and their families have been invited to visit Melwood during the past three years.

The future of our youth has also been a focus for the Red Neighbours team, who have delivered 12 careers speed networking events at Anfield to educate more than 600 youngsters on different career paths within the sports industry and life beyond school.

Forbes Duff, senior manager, Red Neighbours, said: “We are absolutely delighted to mark our third successful year working with local people in the Anfield community, which we are so proud and honoured to do.

“As a club, we strive to be a good neighbour and support our local community. We have a social responsibility to do so, particularly in Anfield, which has some of the most deprived postcodes in the UK.

“We have made it our mission to make a difference to those in our local community with our range of activities and events and we believe we have made a measurable impact.

“Year on year we are seeing our participation rates increase. Last season (2018-19) we saw a 33 per cent increase in participation from the previous season and we are set to see another increase at the end of this season.

“Celebrating our third birthday gives us a chance to reflect on all the hard work that our team delivers week in, week out in the local community and the difference it is making.

“We are very much looking forward to continuing our efforts in this calendar year and beyond.”

To find out more about our projects and regular events, visit the community section on Liverpoolfc.com.