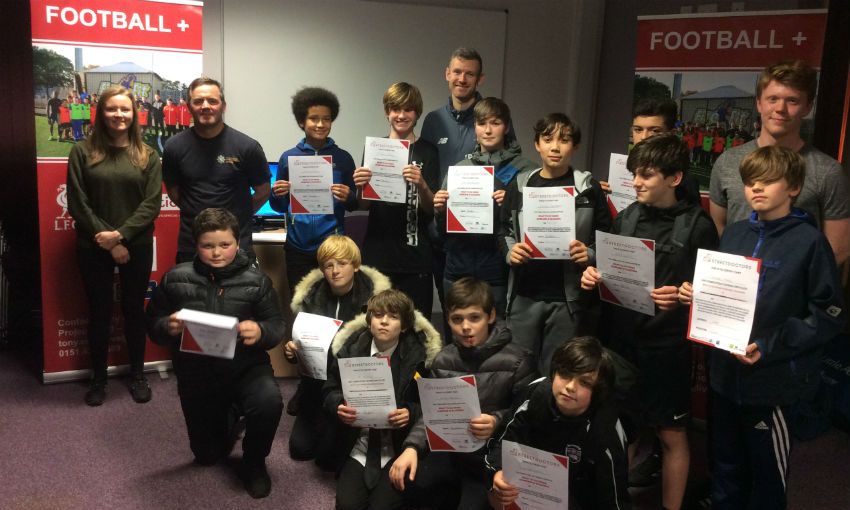 LFC Foundation’s Premier League Kicks programme has completed a series of workshops aimed at eradicating gang crime from the streets of Merseyside.

Working alongside Get Away‘ N' Get Safe (GANGS), which was founded by former probation officer James Riley in 2016, the PL Kicks sessions focused on educating, inspiring and empowering local young people to take control of their future and reject the gang lifestyle.

Using expertise and experience gained from working with urban street gangs and organised crime groups, James educated the young people on the dangers and consequences of gang culture and its impact on their families and the wider community.

Encouraging local young people to make positive lifestyle choices is a key focus of the PL Kicks programme, and plans for further workshops in 2018 are already underway.  For more information please click here.