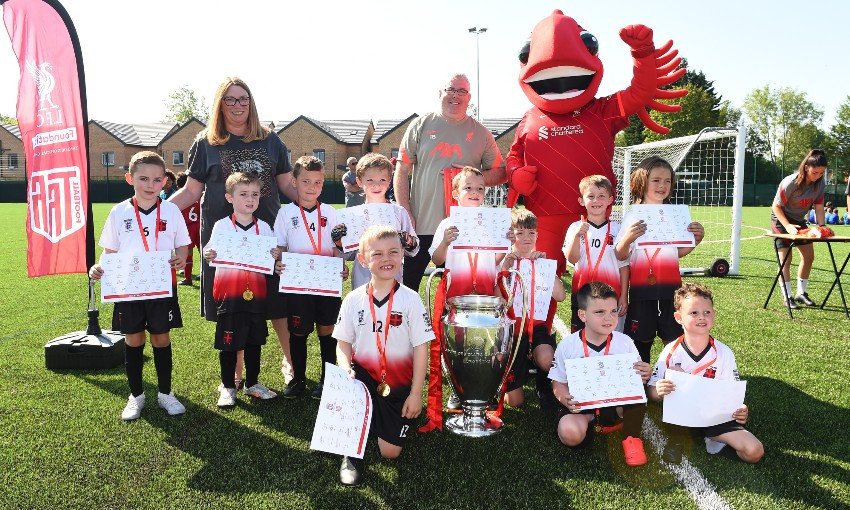 LFC Foundation's new TAA Football sessions have proved a popular choice with local youngsters since the programme's launch in April.

Thanks to funding from Trent Alexander-Arnold and his family, LFC Foundation launched TAA Football - a chance for four-to-six-year-olds to play football, make new friends and have fun in the process.

The new sessions have welcomed a mixture of local grassroots teams and kids who wanted to come down and play football in a friendly and non-competitive environment with the help of LFC Foundation coaches.

With no scoring and no official referees, TAA Football is the perfect introduction for the game's youngest players to have a taste of the sport.

Across the 14 weeks, TAA Football had 16 local teams taking part at the Tiber Football Centre in Toxteth. The popularity of the session grew so much that an extra group was provided to give children who turned up individually or younger siblings of those already in teams the opportunity to take part. It was great to see so many children enthusiastic about football.

The final TAA Football session saw an appearance from Mighty Red, the Champions League trophy for special photo opportunities and Trent's mum, Diane, who helped give out medals to all the teams who took part. It was a great day to celebrate the success of TAA Football and all the football stars in the making.

TAA Football is expanding in September! Look out for more information soon.