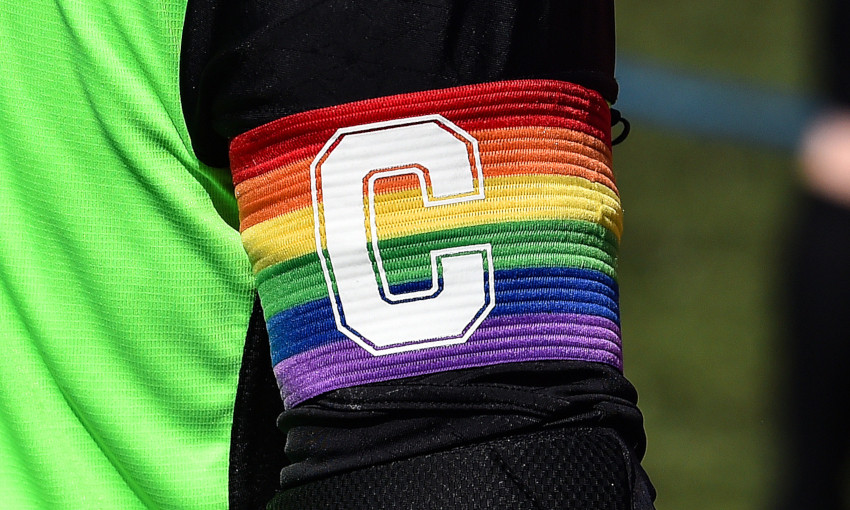 Earlier this month, LFC Foundation held its annual Pride Tournament – an inclusive football tournament for individuals and teams, both from the LGBTQ+ community and its allies, to celebrate LCR's Pride month.

The event was a huge success, with more than 20 teams entering the four leagues of the tournament, showcasing some real teamwork and skills across the day.

Teams from all over the city and surrounding areas entered as lots of friendly faces gathered for the day of celebrations, from Liverpool Disabled Supporters Association to Mersey Marauders and Liverpool Football Therapy CIC.

Paul Amann, founder of Kop Outs, an LGBTQ+ fan group for LFC supporters, was there to support the day and helped present the trophies to the winners of each league.

“It’s great to see local grassroots clubs and players coming together in the biggest ever Liverpool show of support for LGBT+ people in football, and massive thanks to all who took part, and came along and supported,” said Amann.

“But it can’t just be the local players and clubs making this statement. We need every Liverpool FC fan to do the same and commit to stand up as an ally to LGBTQ+ people.

“What that action looks like is simply being a good fan and taking responsibility for making LGBT+ people feel welcome. Not only can you show your support, but you can also challenge chants or insults about LGBT+ people, or report abuse, whether that’s online, playing locally, or watching at Anfield.

“That so many clubs and players wanted to take part this year just shows what an appetite there is for inclusion and respect in local football.”

Terri Ritchie, LFC Foundation inclusion manager, added: “Our annual LFC Foundation Pride Tournament was a fantastic success. It was brilliant to see the turnout and support for the LGBT+ community through the power of football.

“Thanks to the support of Kop Outs, we were able to gain 20 teams to take part who were members of the LGBT+ community or allies, and the tournament meant a lot to those who attended. The tournament helped demonstrate the importance of our ‘Red Together’ inclusion strategy and the importance of celebrating equality, diversity and inclusion through the power of football.”