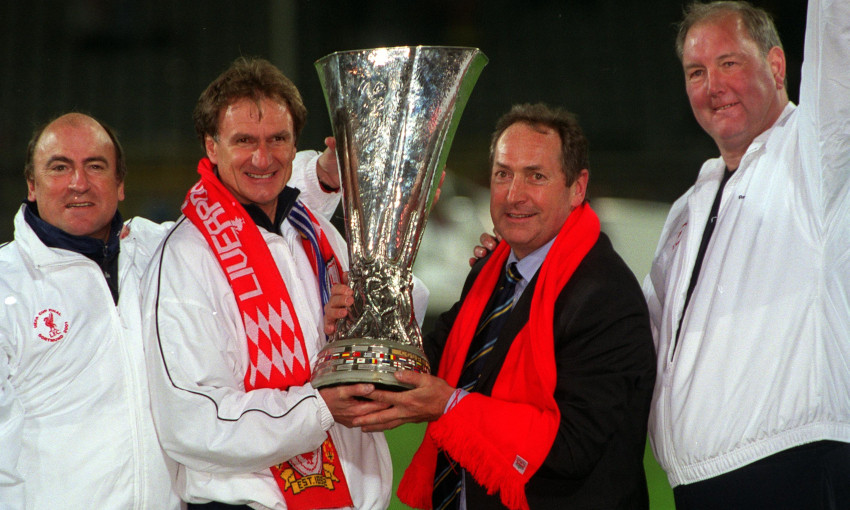 Phil Thompson has paid a poignant tribute to his dear friend Gerard Houllier after the sad passing of the former Liverpool manager on Monday.

The Frenchman was in charge of the Reds for six seasons, and with Thompson by his side as assistant boss the duo oversaw the incredible treble season of 2000-01.

That year, Liverpool lifted the League Cup, FA Cup and UEFA Cup and simultaneously secured a return to the Champions League.

Houllier and Thompson developed a close friendship through their work at Anfield, and the latter today hailed a man who helped bring the glory days back to the club.

"I'm absolutely devastated and it's a very sad day for the football club," Thompson told Liverpoolfc.com.

"Gerard was everything to me and I will miss him dearly."

Their partnership began when Houllier invited the former Reds captain to join his coaching team after his appointment as manager in 1998.

Recalling that moment, Thompson said: "It was six years since I had been at Liverpool, when I was previously reserve-team manager.

"To get the call back in 1998 and to get the opportunity to work with Gerard to become his assistant was just incredible.

"I had only met him a couple of weeks before, for 15 minutes when Liverpool were playing Valencia in the UEFA Cup.

"I remember the great Tom Saunders and his wise words when Roy Evans resigned and he said: 'Bring back Phil Thompson!'

"My first words to the board of directors were: how does Gerard Houllier feel about this? They said: 'He is more than delighted to have you back and we've told him what you mean to this club and how you can work well together.'

"So, it was a monumental sort of effort of Gerard's to take me, who was a relative unknown to him. He knew of my footballing past and lo and behold we had such a great relationship." 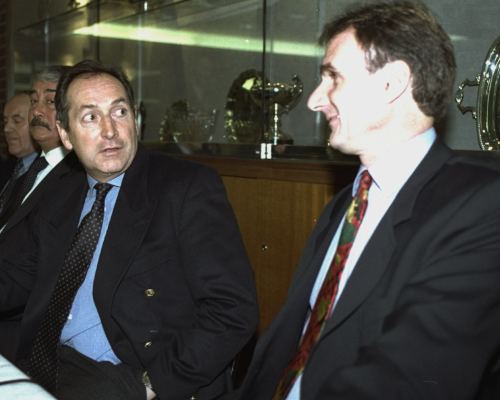 The treble season and special sequence of five trophies amassed by Houllier's team in the calendar year 2001 are memories Thompson will never forget.

"It was a unique season because we hadn't won too much before it and we kept telling the players to make legends of themselves," he reflected.

"Gerard always said to the players: 'Let's crack the first one, win that first trophy and things will get a bit easier.'

"We did when we beat Birmingham City in Cardiff and that became our own stadium as it was like Anfield South!

"It was a wonderful experience to also win the FA Cup and then the UEFA Cup. It was such a journey, not just for Gerard or me, but for these players who had come in.

"We had a lot of English heart in that squad and that's how clever Gerard was, that he welded all these into becoming great teammates."

Thompson felt Houllier's previous experience of working in the city, as a teacher during the 1960s, was a big help when he later took charge of the Reds.

"He knew what it was to be a Liverpool manager," he said. "You have to get not just our football club, because people know about our history, but you have to get the people and Gerard got us very, very quickly.

"He used to say to me: 'Phil, I used to stand on the Kop and watch you in that great Liverpool side!'

"So, you can imagine me feeling quite humble but he was just so warm and generous, and he did find the right words to always make you feel very special, and if you felt special then you would play better, do better and communicate better.

"We found it difficult when we first came in to change the mentality of everything and bring discipline, which was one of the big things Gerard wanted.

"But we did bring discipline and a state-of-the-art training complex and trophies. Gerard always used to say that is the most important thing." 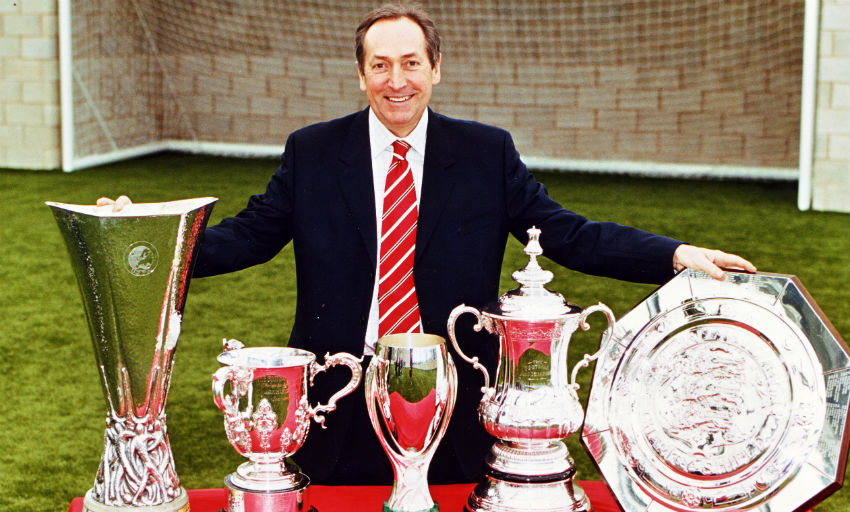 Thompson added: "Gerard was my colleague, my boss and my friend. After all our conversations when we finished speaking and every time we spoke since we left the football club, I'd always say, 'Love you loads, boss!'

"It was that touch we had between each other, and we were different. I was the bad cop and he was the good guy and it worked.

"I do thank Gerard for giving me the opportunity to come back to the club, to win trophies for our football club.

"Gerard knew success is what the club had been built on and he wanted to do it for our fans.

"We had been in the doldrums for too long not winning enough and he wanted to establish us again.

"Yes, the wheels came off in the end and a few signings didn't work, but he always did his best.

"There's no doubt that Gerard turned the club around and he felt he had left the club in a better state than what he had took over.

"What Gerard did for this football club should never be forgotten."