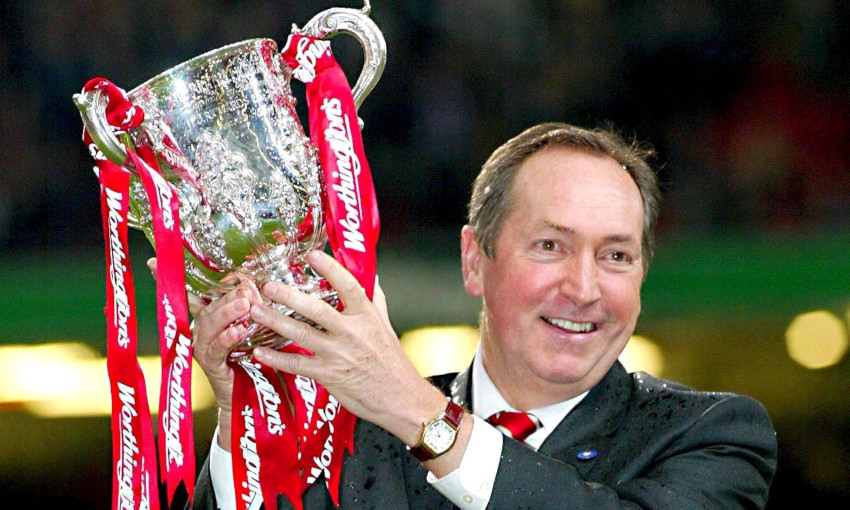 A host of players who served under Gerard Houllier at Liverpool have paid emotional tributes to their former manager after his passing.

Houllier spent six years in charge at Anfield and helped re-establish the club as a force on the European stage.

The Frenchman delivered the historic treble of the UEFA Cup, FA Cup and League Cup and a return to the Champions League in 2000-01.

After returning to his managerial duties in the 2001-02 campaign following life-saving heart surgery, Houllier secured another League Cup crown in 2003 before leaving the club the following year. 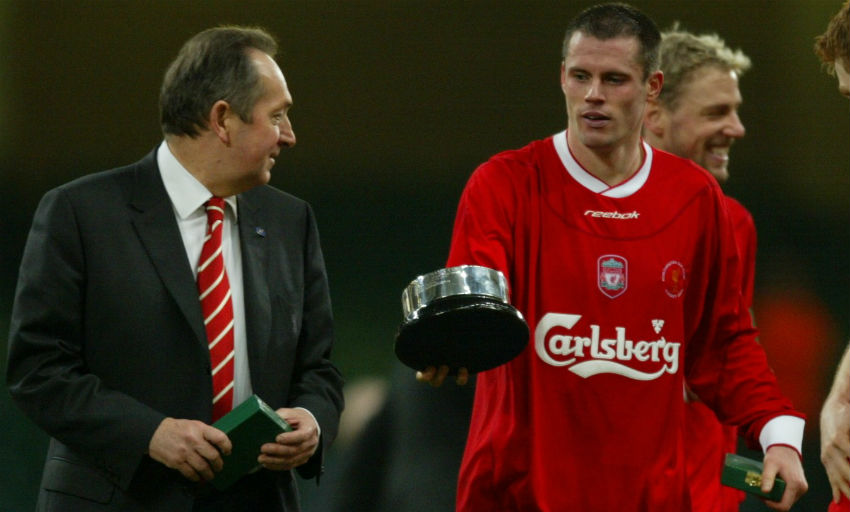 “He was adamant at the start when I first came in that I had to change my ways – not just me. British players, the way we did things, had to move with the times, the game was changing, it was getting faster. Some people didn't listen but some people did.

“I'm just thankful that I listened to Gerard Houllier in those early years because without him I don't think I'd have played for Liverpool for that long and enjoyed my career so much as well. I owe him everything really.

“He was someone in football – and there's not many, I must say – I always kept in contact with, even though we weren't in contact on a daily basis like we were as player and manager. Always kept in touch, always loved bumping into him, seeing him at different games around the world. He was just an absolute football fanatic.

“The first foreign manager was such a big thing, the first time the club had come away from the famous Boot Room that had dominated English football. He was a first really and there were a lot of eyes and scrutiny on him at that time.

“We got back to being what Liverpool should always be – a team who competes for trophies, wins trophies and has a legacy and name in Europe. It was Gerard Houllier and that team in that era that got Liverpool back on the map in Europe.” 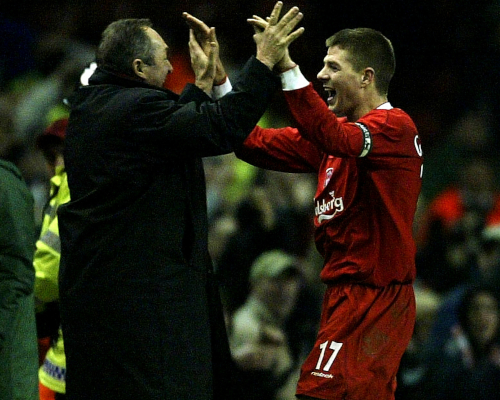 “I would like to pay tribute to Gerard. It was a really tough day for myself and Gary McAllister. Gerard obviously played a huge part in both our careers and also our lives, so the news was really difficult to take and a huge blow. I came in on Monday morning [to training] really happy after our result at the weekend and then to receive that news was a bitter blow.

“He was a special man, a caring man and a loving man, more than just a manager. Throughout your career different people look after you and shape you in your younger days, Steve Heighway, Hughie McAuley, Dave Shannon, for example. They pass you on to the first-team staff, which was Gerard Houllier, Phil Thompson and Sammy Lee, who did an incredible job for me in terms of where I was at an age and also a player.

“Gerard was at the forefront of that in terms of shaping me into a better player, a better person and a better leader. So I’ve got an awful lot to thank the man for and I’m finding it really hard to come to terms with it right now.” 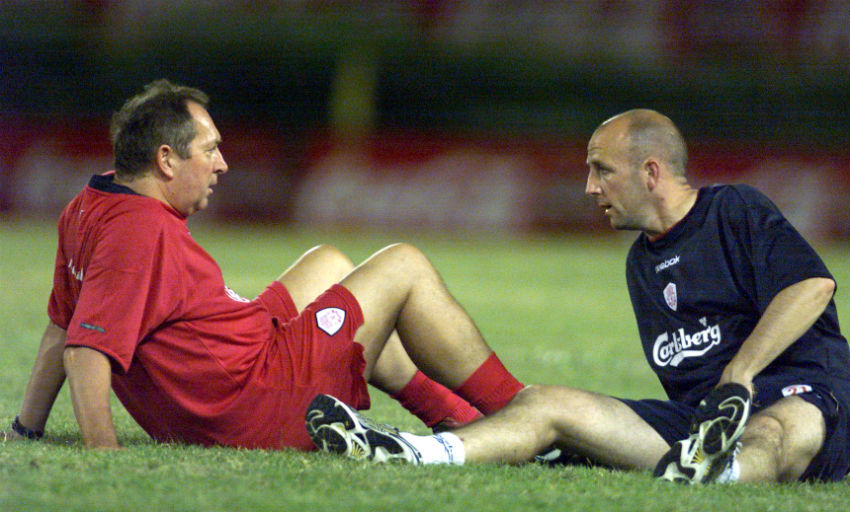 “He was obviously my manager at Liverpool and I was his assistant manager at Villa but deeper than that, he became a good friend. An all-round good man. He put a lot of trust in myself to come to Liverpool at my age, so we had a good friendship and a good understanding.

“He was a very calm man, very studious as well – everything was meticulous in its organisation. With the group of players that he put together, he had a feeling that they certainly could achieve. He brought belief to a group of players. That's what you want from a leader and your manager. It was a pleasure going into Melwood every day working with the guy.

“He had that special bond with the fans. That may have been due to the fact I think he'd spent some time working in Liverpool, so he knew the people and the love that came off the terraces and what it meant to the people on the red side of Liverpool. You could see that with the songs they sang.” 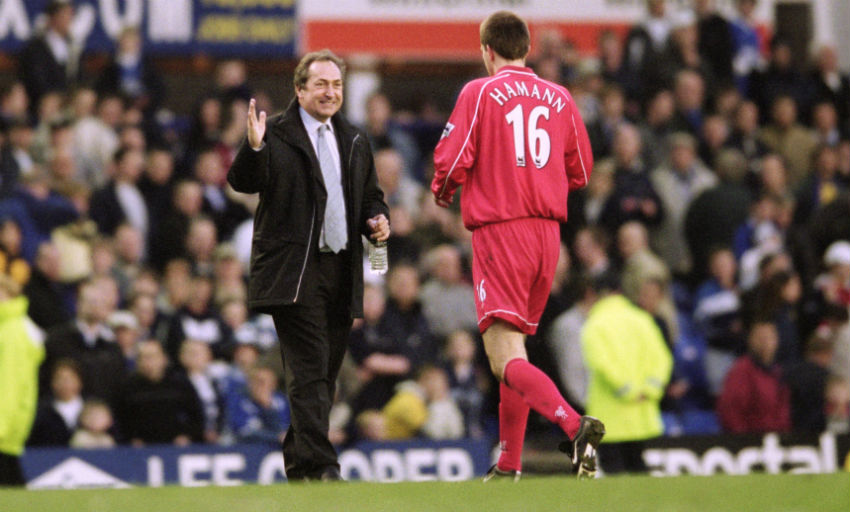 “I am as shocked as everybody else because he was somebody who influenced many of us on all different levels and he was such a caring man. He gave me the chance to join Liverpool, so I will be forever grateful to him. He became a friend to so many of us and that’s why it’s so devastating to hear this news.

“My love for this football club is partly and mostly owed to Gerard Houllier. I came to Liverpool in 1999 with five or six others. There was some tremendous English talent here, all young players, who obviously were very good, and I found a club which was run by him like a family. Gerard made everybody part of the family and he treated everybody the same. He always reminded us that we have to respect everybody the way we want to be dealt with and respected.

“I think he transformed the whole football club on a personal level and on a football level and made people appreciate again what the club is about. Without Gerard Houllier, we wouldn’t have won the European Cup in 2005. He brought Jerzy Dudek to the club, you look at Sami Hyypia, who was unknown when he first came here, Jamie Carragher, Steven Gerrard, Vladimir Smicer came on and scored a goal and also scored a penalty.

“I think Gerard left a legacy and brought the club and the fans closer together. He always saw himself as an honorary Scouser and he would always class Liverpool as his spiritual home.”

“Sad news. Gerard brought me to Liverpool and, in my eyes, had an important role by changing many things at the club – for example, bringing a more professional mentality to the dressing room and players.” 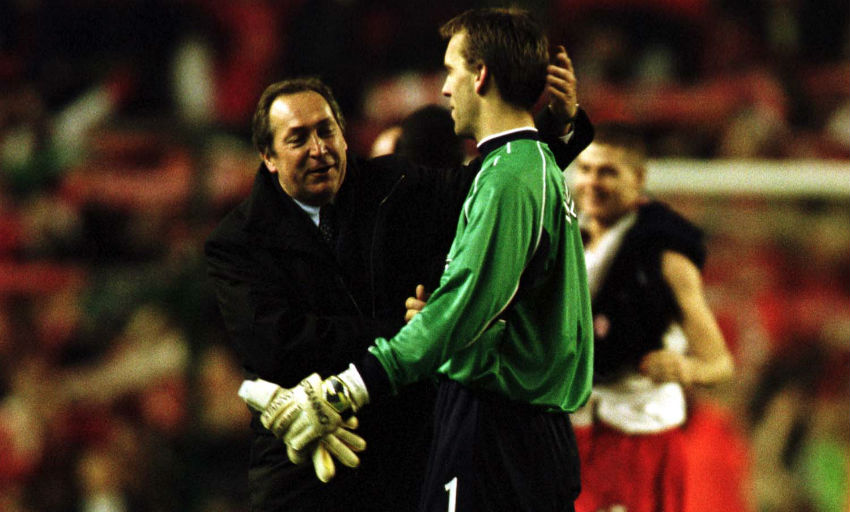 “With Gerard, I had the best and the most success I had in my whole career. I have to be grateful to him and that’s why I am, and only full of love for him.

“He was genuinely nice and you can see that with the posts on social media. It’s not only 'Rest in peace, boss,' – everybody has written a story about him. That says enough. That’s exactly the same for me as well.

“He gave me all the confidence I needed. I was under a lot of pressure and he always gave me the feeling that I was the one for him. I’m really grateful to be part of history because of him. I think he should be remembered as one of the most successful coaches in the club’s history.”

"So upsetting because he's such a special guy. He was a brilliant manager but he was an incredible human being and he's going to be sorely missed.

“He gave me my dream. I've always been a Liverpool fan and he signed me, so I'll always owe him massively. But just the way he was, he just made you feel so special. He had this knack of knowing if there was something not quite right and he could come up to you and put his arm around you, asking if there was anything he could do for you or for your family. A special, special man.

You made my @LFC dream come true ,a truly warm special human being ,I’ll never forget what you did for me and so ma… https://t.co/kGQO66ZjwX

“He was honest. That was the thing about Gerard with me personally and a lot of the other players, he was true to his word. What he said, you believed him. He was just one of those people that when he speaks, you listen.

“His team-talks – before games or at half-time – everyone was just on the edge of their seat because every word he said had you just transfixed on him. The world was lucky to have him in football.”

“I had a relationship like father and son with Gerard. He was hard on me but at the end of the day, he wanted the best for me.” 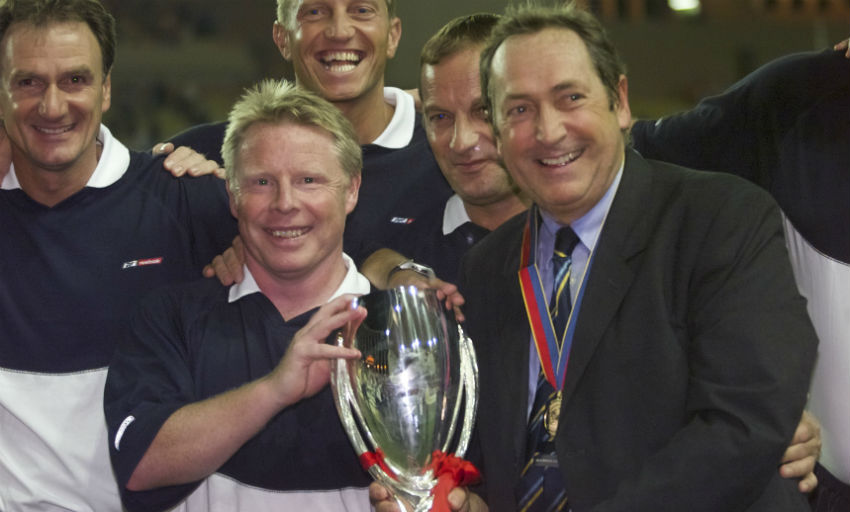 “Gerard was a family man and he was very close to his family. He loved his family and he also considered Liverpool Football Club and the Liverpool fans to be part of his family.

“As a coach, he meant everything to me, to be perfectly frank. He actually transformed my method of coaching. He transformed the club as everybody knows and there have been a lot of great tributes to him.

“One thing Gerard was is he was always very generous with his time and with his knowledge. It’s not being disrespectful to anybody who was there beforehand, but Gerard came in and radically reformed the place. He brought it up to speed, he knew the history of the club and he got the people very, very much. He got the city, he got what the fans were looking for and he understood them.”

“A gentleman who was always willing to help, a person with a lot of empathy. From my experience, I could say that even during bad times, you struggle to have a person like this who understands you and tries to help you. It means a huge deal.

“This is how I will remember him – a really nice person. First and foremost, that's one of the greatest characteristics of any person. For that reason, he will have a special place in my heart.”

“Gerard was 24 hours a day living and working for Liverpool, it's amazing. Because he has this vision, when he said something to the players, everybody was ready to hear what he said. Sometimes when you are a manager, it depends how you speak and you have to use the right words at the right time to make an impact. I think Gerard was so clever and so good.

“It will take too long to speak about Gerard but I would say a great man, a great desire, working really hard and a lovely man, a family man. People need to know Gerard was really close with the family as well. Sometimes you could have a phone call from the boss and it was eight, nine, 10 o'clock at night and it's, 'Gregory, how's the family?' When I had my first kids in Liverpool, he was the first one on the phone. Gerard was like this – 24 hours a day for you, he was ready. I think he has been a great manager for Liverpool, winning six trophies."

'What Gerard Houllier did for this club should never be forgotten'