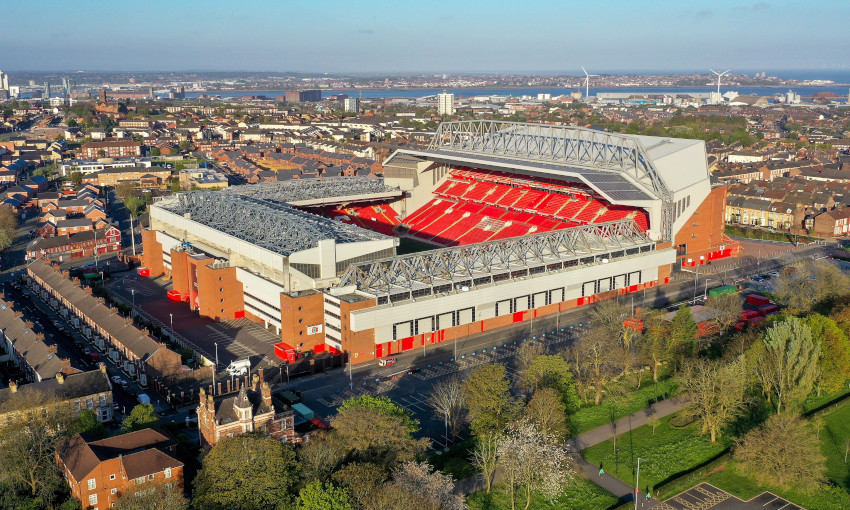 Liverpool Football Club is planning to welcome supporters back to Anfield for the Premier League match against Wolverhampton Wanderers on Sunday December 6.

The Liverpool City Region has been placed in Tier 2 restrictions, so Anfield could be permitted to operate with a maximum of 2,000 supporters, in the interest of public health and safety.

The club has been working closely with its city partners, Liverpool City Council, Merseyside Police and Spirit of Shankly to create a robust plan which is in line with government guidance and prioritises the safety of the local community, supporters, staff, players and emergency services.

Those plans will need to be ratified by the council’s Ground Safety Advisory Group next week.

All city partners are encouraging those supporters who do attend this game to take a test either the day before or day of the game. Anfield’s Kop Bar will continue to be one of the city’s mass testing centres and will be open on matchdays.

A minimum of 75 per cent of the 2,000 tickets available for the Wolves fixture will be used for general admission, which is aligned to the ratio used when the stadium is at full capacity. The remaining tickets will be allocated to hospitality supporters, players and to meet contractual obligations. Only Anfield’s Main Stand will be in use for the Wolves fixture.

LFC will launch a ballot process to allocate the tickets available for this fixture. Guidance and support from the city’s public health team has outlined that the ballot will only be open to supporters who live within the Liverpool City Region. Supporters must also be a season ticket holder or current official Member with 19 credits from the 2018-19 Premier League season who have completed Fan Update.

Fans can enter the ballot via an online system in the coming days, which will require them to provide their details and those they wish to attend with. Supporters will be allocated an individually-spaced seat to minimise the risk to public health and fellow supporters.

Before entering the ballot, fans must refer to a new supporter code of conduct and, if successful, complete a health declaration questionnaire at the point of ticket purchase to ensure they comply with the new guidelines that will be in place to make Anfield as safe as possible for everybody present.

The club will also be rolling out NFC technology to manage access and understand who is in the stadium. The use of NFC technology will allow fans to gain access to the stadium using an electronic ticket on their smartphone to minimise physical contact.

The ticket ballot application process and supporter code of conduct will be launched in the coming days on a new dedicated website hub which will provide full guidance.