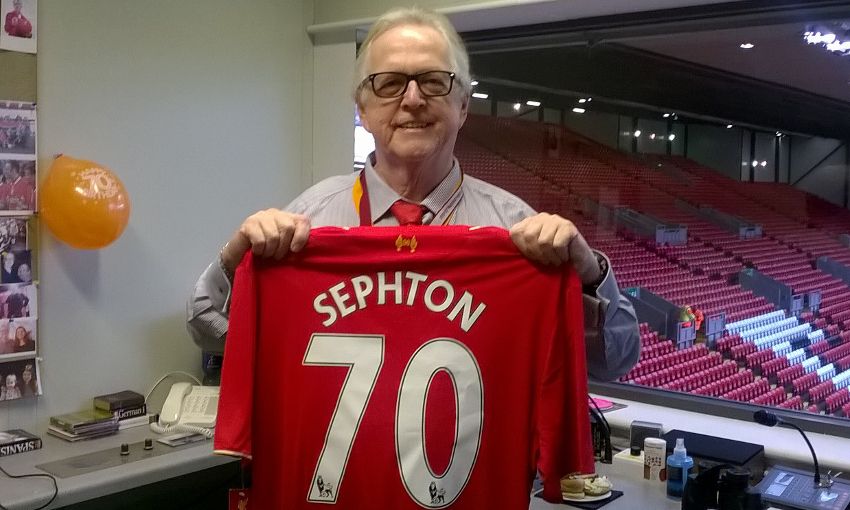 Ahead of last night’s game, the iconic 'Voice of Anfield' was presented with a signed shirt by the first team to mark his birthday earlier this week.

George Sephton turned 70 years old on Monday and was handed his present from the club prior to the Europa League clash with FC Augsburg.

Sephton is the currently the country's longest-serving stadium announcer and is in his 45th year behind the microphone during the Reds' home games.