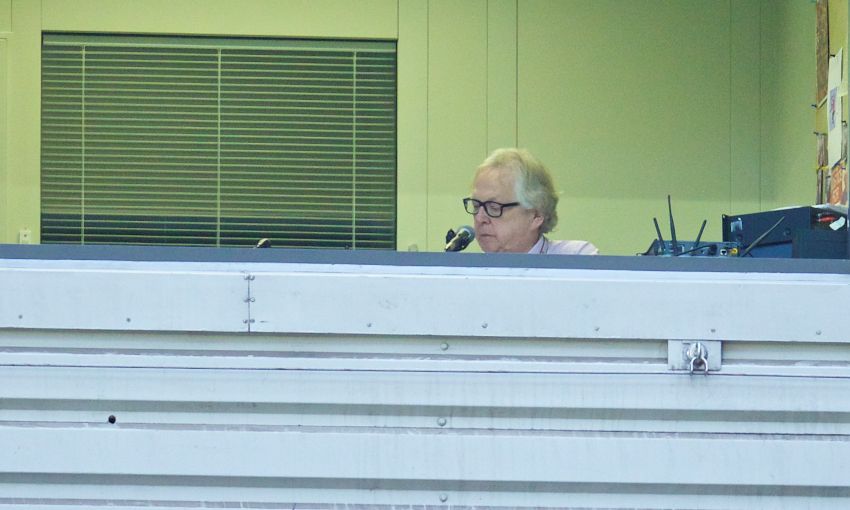 The Voice of Anfield, George Sephton, is today celebrating his 70th birthday and to mark the occasion we look back at his time with Liverpool FC.

The Anfield stalwart is in his 45th year behind the microphone and is currently the country's longest-serving stadium announcer.

His first game was back on August 14, 1971 as the Reds faced Nottingham Forest and, four-and-a-half decades later, Sephton will be on hand for Thursday's Europa League tie with FC Augsburg.

His busy matchdays include building up the atmosphere by playing the club's famous anthem, 'You'll Never Walk Alone', from his office in the corner of the Kop.

Other aspects of the role involve the joyful and sometimes unfortunate task of informing the 45,000 people within the stadium of goalscorers, as well as announcing substitutes and entertaining spectators at half-time with music and scores from elsewhere around the league.

During his time with Liverpool, Sephton has witnessed the team collect a series of honours, including 11 league championships, five European Cups, six FA Cups and eight League Cups.

He actually landed the job at Anfield in rather unusual and coincidental fashion after he sent a letter to then chief executive Peter Robinson about his fit for the role at a time when the club was looking for a replacement.

He made his debut on the same day as Kevin Keegan and from that moment on, Sephton excelled and has gone on to establish himself as part of the furniture at the world-famous stadium.

The lifelong Liverpool fan has seen his job change over the years but he often uses the same old tricks of the trade to try to get Kopites in fine voice.

Ahead of crucial games, George has been known to play music of the loud variety in an attempt to encourage the fans to out-sing the PA system and therefore generate a special atmosphere within Anfield.

And not only do the supporters feel a great connection to the man with the voice, but players and management understand his dedication and importance to the Reds too.

Kenny Dalglish once said: “George is part of the history and tradition of this club and it would be more reverent if he left than if I left.”

Everyone at the club wishes George a very happy birthday.

The Voice of Anfield given signed shirt as birthday gift