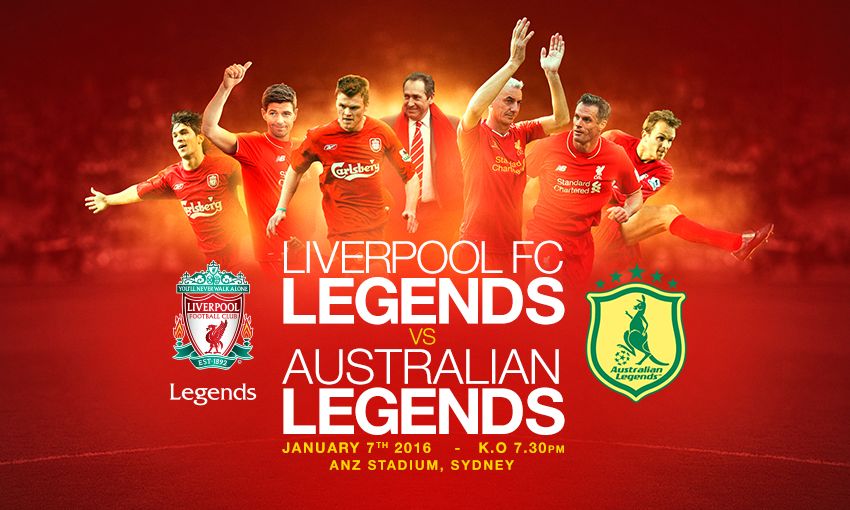 Gerard Houllier will lead the official Liverpool FC Legends side including Steven Gerrard, Jamie Carragher and Ian Rush into action at the Sydney ANZ on January 7 for a clash with the Australian Legends.

The Reds have confirmed that Gerrard, Carragher and Rush will be joined by Dietmar Hamann and John Arne Riise, with the full squad set to be announced over the coming weeks.

The match marks the high-profile debut of the Australian Legends side, which will feature Brett Emerton, Tony Popovic and Mark Bosnich.

Houllier said: “It will be a very proud moment to step back into the dugout to manage the Liverpool Legends team. I’m very much looking forward to working with some of the best players in the club’s history, some for the first time and some not.

“But getting back out in front of the LFC fans will be the most special – wherever you are in the world their support is incredible and will make this game a really special experience.”

Gerrard added: “It will be great to play with the official Liverpool FC Legends. The squad looks like it’s a great set of lads, it’ll be good to get on the pitch with them. Our fans are the best and to play in front of them again will be emotional, I’m sure.”

Tickets for the game, which is being brought to fans by Destination New South Wales, will be available on general sale on Friday November 27 at 11am AEDT via TicketTek.