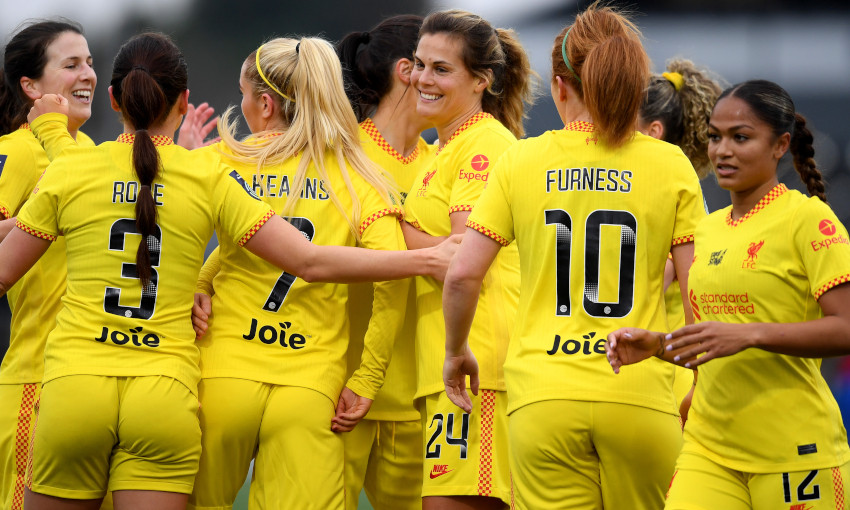 Liverpool FC Women remain seven points clear at the top of the table after recording a 4-0 win over Crystal Palace Women.

Yana Daniels (two), Katie Stengel and Rachel Furness were the goalscorers for Matt Beard’s Reds at Hayes Lane as they consolidated their position at the summit of the FA Women’s Championship.

It was an immediate response to the midweek elimination from the Continental League Cup and a valuable one to stay clear of London City Lionesses, who also won on the day.

Liverpool dominated from the off and Furness saw an effort cleared off the line before Leanne Kiernan went close twice, all in the opening eight minutes.

The breakthrough arrived with a quarter of an hour played when Daniels latched onto Furness’ pass and finished and Kiernan was again unlucky – the striker this time rattling the crossbar from just outside the area – before Stengel made it 2-0.

The January signing buried her second goal for the club with a low, left-foot drive, and the Reds went three up just after the half-hour mark when Daniels headed in Taylor Hinds’ excellent delivery.

It was a matter of how many the visitors would score and Furness and captain Niamh Fahey nearly added a fourth prior to Furness doing so in the 68th minute.

The Northern Ireland international was on hand to smash in Missy Bo Kearns’ cross at the back post and Liverpool went close to a fifth when Rhiannon Roberts hit the bar.

But the damage was done as Beard’s team extended their unbeaten run in the league to 12 matches in impressive fashion.