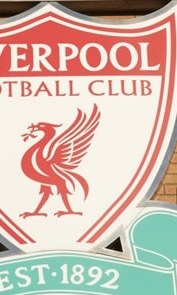 June may have been a quiet month on the pitch at Anfield, but off it fans have once again been logging onto the Club's official website in their millions as excitement starts to build ahead of the big kick-off.

In a month which saw Jordan Henderson sign in from Sunderland, an incredible 102 million pages were generated by more than 4.6 million supporters as fans visited Liverpoolfc.tv for breaking news updates and daily transfer speculation stories as we kept an eye on which players were being linked with the Reds.

After our memorable transfer window activity in January, this is only the second time Liverpool fans have generated over 100 million page impressions in a single month - further proof that optimism is high as Kenny Dalglish prepares his squad for the start of the brand new Barclays Premier League campaign.

With Kenny still looking to strengthen his squad over the coming weeks, and with first team action set to resume now that the players have returned to Melwood for the start of pre-season training, July promises to be another bumper month online - so make sure you log on every day for the latest breaking news from Anfield.