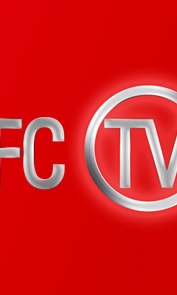 In tonight's LFC Now Interactive special on LFC TV at 6pm we want to know which Liverpool players, past and present, you would pick in a GB Olympics team.

If you were chosing players for a hypothetical GB Olympic team made up entirely of Liverpool's greatest ever English, Scots, Welsh or Northern Irish fraternity, who would you select?

Would you fancy watching a side with Ian Rush up front alongside Kevin Keegan with Kenny Dalglish playing just off them or would John Toshack be flying the flag for Wales in the front line?

Mark Lawrenson of the Republic of Ireland is ineligible so who would partner Alan Hansen at the heart of the defence. Would it be Phil Thompson, Emlyn Hughes or would Carra step up to the plate?

Would you have Steven Gerrard and Graeme Souness patrolling centre midfield and is there room in your team for that goalscoring midfield genius Terry McDermott?

Your calls are invited on 0845 234 4567 and you also email lfcnow@liverpoolfc.tv and send in your tweets.

We also want to know what you make of the transfer market so far this summer - where do we still need to strengthen and which team has made the best - or worst signings so far?