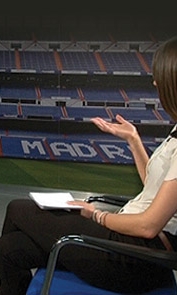 He's the midfield maestro who the Kop took to their hearts and while he may have long-departed for Real Madrid, Xabi Alonso's Liverpool love affair is far from over as he reveals in a world exclusive interview with LFC TV to be aired this Sunday.

The 29-year-old's memories of our 2005 Champions League final victory in Istanbul took the internet by storm when they were published on Liverpoolfc.tv on the sixth anniversary of the triumph last month - but that's only a small portion of it.

From his perpetual love for the Reds and the supporters, through to those difficult final days at Anfield when he decided it was time to bid farewell to Merseyside, Xabi speaks candidly throughout the half-hour interview.

Talking about his departure to Real for the first time since the transfer in the summer of 2008, Alonso answers all of the questions fans have been desperate to ask, such as whether he would ever consider coming back to Liverpool.

The show will air for the very first time on LFC TV on Sunday, June 5 at 10pm BST - so make sure you're tuned in for an interview you won't want to miss. 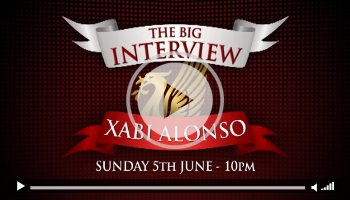