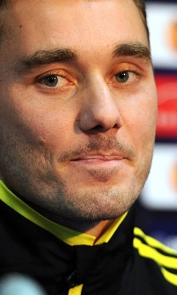 Fabio Aurelio insists he will welcome the arrival of any potential defensive reinforcements this summer and has outlined his determination to fight for a place in Kenny Dalglish's first team in 2011-12.

The Brazilian full-back suffered an injury-hit season, making 21 appearances after re-signing for Liverpool on a two-year deal last summer.

However, Aurelio completed the entire 90 minutes against Aston Villa on Sunday, and he's looking forward to being part of a bright future at Anfield.

"Liverpool always try to keep their squad as strong as possible and it's always good to have competition," said the 31-year-old.

"If it's for the good of the team I'll welcome whoever comes in.

"My worries are about myself and making sure I'm fit and available.

"I believe I have the right ability to fight for a place in the team.

"I expect to be available more next season than I was this season.

"If I am then I will have the chance to play more minutes.

"It was good to finish with 90 minutes at Villa and that will bring confidence. I still believe I'm capable of doing a good job."

With 2010-11 now done and dusted for Liverpool, Aurelio is set to stay on Merseyside this summer and rather than jet back to his native South America, he will instead put his time off to good use and ready himself for pre-season training in July.

He added: "My wife is due to give birth next month so we will stay here. I'll work hard during the summer and prepare myself for pre-season.

"I always do something extra and I'll try to prepare myself better than just the normal work the club give to the whole squad. I hope that next season will be much better for me in terms of minutes and performances."

Meanwhile, Aurelio believes Liverpool's performances over the second half of the season under Dalglish augur well for next term.

The Reds' 1-0 defeat at Villa saw them narrowly miss out on a Europa League spot, but the defender feels plenty of positives can be derived from their form since the King's return to the helm.

"It was a disappointing end but if you look at the second half of the season there has been a big improvement," Aurelio said.

"We had a great recovery after Kenny took charge. Now we start with new targets for next season.

"With no Europe we have to concentrate on the league. That's the most important target for us next season and hopes will be higher."