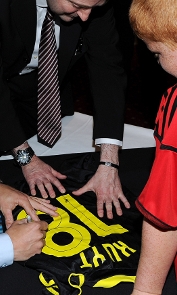 Liverpool's disabled supporters presented Dirk Kuyt with their Player of the Season award at a ceremony this weekend.

The Dutchman - who has netted 15 goals so far in 2010-11 - postponed a family event to collect his trophy at Anfield following a poll of the LDSA's 215 members.

Once there he signed autographs for all the members in attendance and posed for pictures.

He told Liverpoolfc.tv: "It's always great to achieve personal trophies and to get this award from all these people is a great feeling. 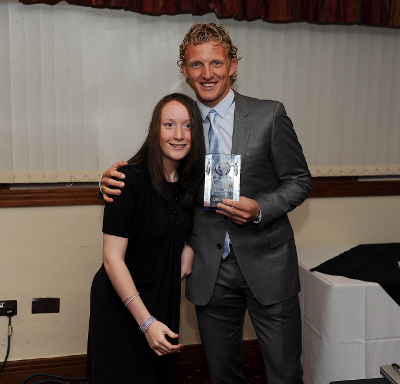 "For me it's very special if supporters give you an award like this. We always try to have a connection with them because they're very important. Especially Liverpool supporters - they are so good for us both home and away.

"The highlight of the season for me was Man Utd - to score my first hat-trick for the club and my third goal being in front of the Kop.

"Everyone knows it has been a difficult season, especially the first months, but the last couple of months has been really enjoyable. Hopefully we can take that into next season and do even better."

The LDSA was establish around eight years ago as a small committee aimed at improving disabled provisions within Anfield for disabled supporters. 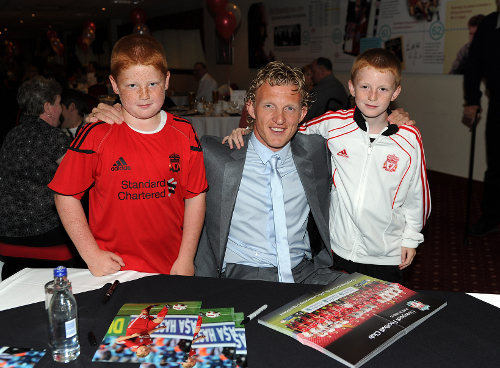 Since then it has grown into one of the largest disabled associations in English football.

Chairman Keith Graham said: "We're always grateful to the players when they make the effort to come and meet the disabled supporters. We have a very good relationship with the club.

"Dirk was the winner this year. Listen to everyone here tonight and people like Jamie Carragher, who described him as a Duracell Bunny. His endeavour, his honesty and his all-round football ability is why we voted for him and those things come out of him as a person when he's not on the field as well."

A year ago Alan Kennedy - who scored the winning goal in two European Cup finals for Liverpool - became the LDSA's president. 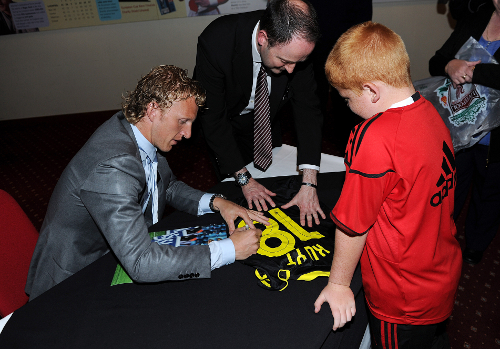 He was at the ceremony and told us: "I've got to know them quite well and they are good people. These are wonderful nights. I love it. These kids who are here tonight, we want to make sure they're always supporting Liverpool."

The club takes its responsibility towards disabled fans seriously and has appointed Colin McCall from the community department a disability liaison officer.

"It's extremely important we engage with these fans because they are the most loyal set of supporters you could come across," said McCall.

"We run the membership and so we sent 200 letters out six weeks ago and they sent the letters back for us to tally. Dirk ran away with it but it was nice to see Raul Meireles and Lucas come joint second." 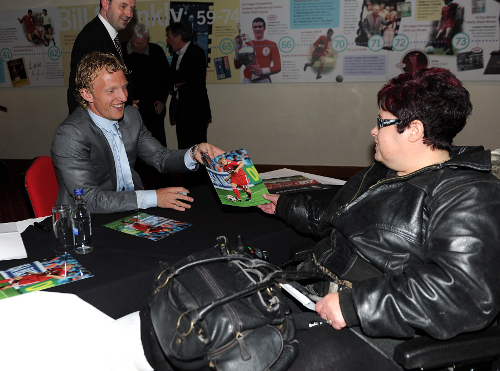