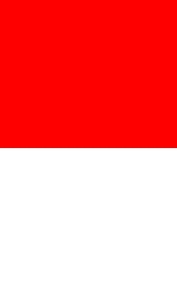 Former Red Phil Neal has travelled to Jakarta with Liverpool coaches to officially launch this new and exciting initiative.

Ahead of the opening, we spoke to Chris Wren, Chief Executive of the British Chamber of Commerce for Indonesia, and local Kopite, Dika, to find out more.

Click the image below to watch our Soccer School video 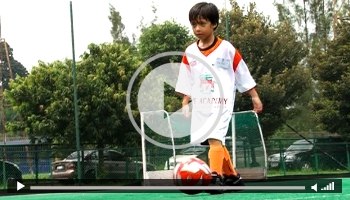 Chris, tell us how this whole idea was brought about as a concept...

Chris: It all actually started about three or four years ago. The British Chamber of Commerce in Indonesia had set up a community programme called 'Giving Kids a Sporting Chance'.

I'm actually from Liverpool myself, so I thought I'd take the opportunity, knowing Liverpool FC is very involved in the community as well, to see if there were any opportunities to cooperate and collaborate synergies between what we were doing.

I met Ian Ayre on a trip here and he agreed to informally support what we were doing in Indonesia - and that was the beginning.

In terms of an Academy taking place in Indonesia, how did that get underway?

Chris: Well the Academy itself is not underway yet, but what we did was escalate the relationship during the course of the last 12 months. Ian Rush has been out three times now to Jakarta, and the last time it was a full-on pilot where we tested the different components of what an Academy and soccer school format might look like.

We did some elite training, community work, traditional soccer schools where people could recreationally get involved, and also went out visiting schools doing coaching with the coaches. Overall it was very, very successful and that was really finally the little bit of confidence everybody needed to push ahead.

Before we get to the real details of how it will work, tell us about Liverpool's support in Indonesia, Dika?

Dika: They are fantastic fans. Our Supporters' Club was established in 1999 and we became official in 2004. We are growing very significantly. We are working very closely with Chris and the British Chamber of Commerce. We do a lot of social events too and I think our number has become larger and our activity has been tremendous.

Why is Liverpool Football Club so popular in Indonesia?

Dika: Because of the history, of course, and the popular 'You'll Never Walk Alone' anthem. The tradition and the culture of the club is appreciated in Indonesia. There are also popular players and winning the Champions League in 2005 was also a factor, I think.

For the club you love to bring an Academy like this to your country, what does it mean to you?

Dika: It's fantastic. This is very great news for us and for our Supporters' Club - and we cannot wait.

You know about the popularity of Liverpool, but tell us how the model will work...

Chris: It's got a few components to it and I think people really need to understand just how huge Indonesia is. Dika has mentioned the size of the Supporters' Club, but Indonesia is a country of 245 million people.

All this started by continued disbelief that Indonesia can't produce a couple of really top-class footballers and had actually started importing footballers to nationalise them to get them into the international team.

So allied with everything that was going on and how it was developing and progressing the relationship with Liverpool, it seemed really, really logical to give the fans of Liverpool and also all of the kids - many of whom are very talented and willing to participate in anything but lack organisation - an opportunity for them to show off and develop their talents. Even if they're not stars, it's a chance to simply develop as individuals.

With that in mind, one of the big components is setting up a branded junior football league. There's going to be a Liverpool Football Club International Academy junior league throughout Indonesia. Too much of what happens in Indonesia is very Jakarta focused, but it's a very big country so this will get out into the provinces as well - we'll roll it out in four or six towns and cities in the first year or so.

All the kids who participate in that will also automatically become members of the Liverpool International Junior Supporters' Club, so it's a way of getting the young generation involved passionately with the brand and the way of Liverpool Football Club. Another element is an Academy in the genuine sense - in other words, elite. Regardless of money, we'll be looking for kids who will be scholarshipped through school and football coaching to come and live together to hopefully produce some really good stars.

Of course, there is also the recreational side through soccer schools. The model will give an opportunity for those schools to either be mobile and moving around throughout school holidays in Indonesia, or set up specific schools in many of the towns and cities.

Dika mentioned before Ian Rush went to Jakarta last year. What kind of experience did he have and how was he received?

Chris: He was received absolutely fantastically. He presented all sorts of problems for us, but I mean that in the nicest possible way! One of the events we had Ian participate in, and I think he loved, was a community finals day when we brought around 15-1800 kids to a real stadium in Jakarta - kids that normally live in poorer, rural areas. They'd never seen the capital city before and were wildly excited, but the media were even more excited!

We had more than 50 members of the media present, and we'd never planned for anything like that, so dealing and organising with them proved to be one of the biggest problems for us - but it was a great problem. From that trip alone, there were 20,000 different posts on the website during the space of five or six days.

Ian was hugely popular and it was another example - and I think Dika will agree with this - of how starved such a large, passionate support base has been of direct engagement with the club. To have a legend come in and participate so thoroughly in all the different ways was absolutely fantastic.

There's no bigger legend really for fans to enjoy an experience than with someone like Ian Rush...

Dika: Yes, for the supporters in Indonesia it was like a dream to meet with a legend and I think this is a sure way to make us closer to Liverpool FC.

There are going to be two Academy coaches based over there for 12 months which aids the credibility of it. They're going to be seeing how it goes and if you need to make any changes, and they might then be able to help you with that...

Of course, in the last few weeks we've seen newer Academy players pushing their way into the first team. To have the coaches in Indonesia is very important. Also important is to ensure the scouting for talent is independent and objective, and based on sound methods. Them (the coaches) being responsible for that is extremely fundamental for us.

How much of an involvement will the coaches have in selecting the players that go through?

Chris: Total - final decisions will be theirs. Our role will organisationally be to put all the kids together. Ultimately the league itself, as it develops, will be the scouting ground for a lot of the talent, but the methodology that's used, how the kids are tested and ultimately who gets chosen will be down to the coaches. They'll be plucked by Liverpool Academy people.

Lots of the experience Academy players might have in England will be replicated there. They'll live together, go to school together and experience what it's like to be part of a team...

Chris: Exactly. It'll be a very trying experience for some of the kids. Whilst Indonesian people are very, very friendly, they're also naturally quite shy and don't necessarily get involved easily in things, so to have that type of environment forced upon them will also develop a lot of skills that are often left latent in younger Indonesians - that spirit of team work, that sense of leadership, and learning to win and lose well.

In terms of the overall experience, what would the ultimate dream of what you're hoping to achieve be?

Chris: The ultimate dream would be the small percent chance that one young lad emerges as being talent good enough to grace the squad of Liverpool Football Club, or indeed any other Premier League club to be honest.

For them to become an icon and a role model of younger Indonesians. It's a country that is crying out for a lot more leadership and an example from youth would be absolutely tremendous and a great way forward for young Indonesians.

What would it mean, Dika, for a player from your country to maybe one day run out for Liverpool?

Dika: It would be an unbelievable dream for us because Indonesian football has never known this kind of footballer before. Of course, it will be tough, but you can make us dream!

Dika, what message would you like to give to fans back home?

Dika: I would like to stress that this is a fantastic opportunity for us and for kids to play in the Liverpool way.